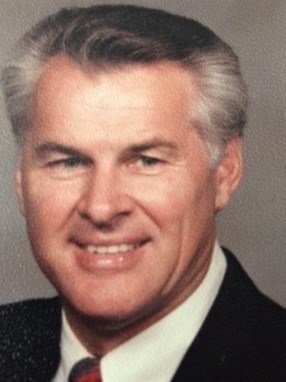 James William “Johnny” Brown, 75, died May 7, 2022, in Hot Springs AR. He is survived by his son, Clint E Brown, also of Hot Springs, his brother, Charles R Brown of Mountain Home AR, his sister Pricilla (Ray) Reeves of Norphlet AR, and several nieces, nephews, and extended family members. Johnny was born in Smackover AR on September 17, 1946, to William L and Helen E Johnson Brown. He was raised in the Baptist faith and graduated from Norphlet High School in 1964 before he married his high school sweetheart, Linda Squyres Brown, in 1966. After he graduated from University of Arkansas-Little Rock in 1971, Johnny began a career in the professional sales transportation industry and worked in several Midwest cities before moving to Houston, where he worked in the oil industry. Later in his career, Johnny was Manager of Sales for TOTCO in Europe and Russia, which created an opportunity for he and Linda to live in the Netherlands for a year. They traveled extensively while there and his adventures gave Johnny plenty of tales to tell. After their retirement, Johnny and Linda returned to Norphlet for several years before moving to Hot Springs. Johnny never met a stranger, and he could talk to anyone about anything for as long as they’d listen! He was a lifelong fan of all Arkansas Razorback sports and in his younger years, was an avid runner and fitness afficionado. He loved 1950s and 1960s music and remembered the details of that music well into the next century. Johnny had a great laugh and a smile that lit up the room, and he maintained his quick wit and engaging sense of humor until the end. Johnny is preceded in death by his wife of 56 years, Linda, his parents, and his sister, Carol Brown Thrash. The family would like to thank Arkansas Hospice of Hot Springs for their care for Johnny and support for his family the last five months. A private family burial will take place under the direction of Young’s Funeral Directors of El Dorado. Condolences can be expressed online at www.youngsfuneralhome.com
See more See Less

In Memory Of James William Brown