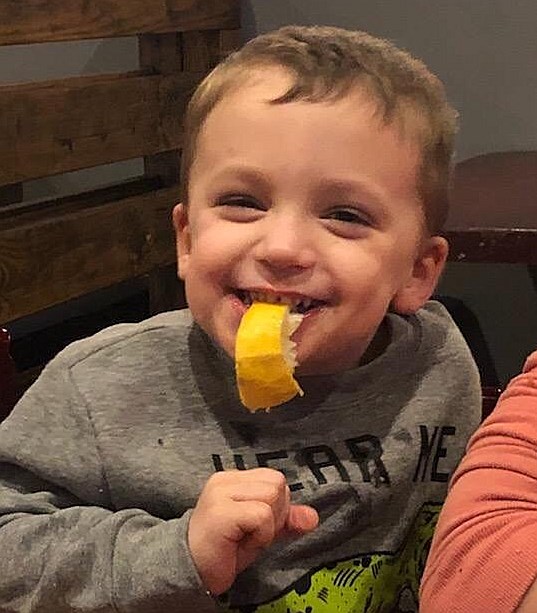 On November 8, 2018 Rion Adrian Faulkner, our baby boy, passed away. Rion was three years old and as lively as a boy could ever be. Rion loved to play with his dinosaurs, especially his t-tops or more recently ceratops (triceratops) as he called it, and watch Jurassic Park with his daddy. He always had a smile on his face and loved life. He loved the trips to the park with his mommy and his best friend Logan. At the park Rion would swing, run, and play. He loved to dance to music, sometimes even head bang to metal songs. The boy could move like Elvis on stage without ever being shown how to dance. Rion would grab his daddy’s deer call he let him play with and run through the house blowing on it. It would drive his dog, Bear, crazy and he would bark the whole time. We always found this to be funny. He loved to be tickled by his mommy and daddy and be chased through the house. He loved going to see his best friend Logie-Bear (Logan, but that isn’t what we called him) and his “Aunt Rhi” (Rhiannon Tollefson). Never was there a day Rion didn’t ask to go and see Logie and Zeus. He was so loved by everyone, his mommy and daddy, his uncles and aunts, his police family in Camden, and his grandparents. His Grammy always called him her special boy. Some called him “Mr. Dreamy Eyes”, we called him “Turkey”. Our Turkey. He is survived in death by his parents, Alec N. Faulkner and Jessica D. (Swearengin) Faulkner. His grandmothers Delona A. Faulkner and Regina K. Pannell. His Grandfather Adam E. Faulkner. His Aunt and Uncles, Christopher and Megan Pannell, Jesse and Francie Berglund, and Lakyn Faulkner. Along side many other family members. Visitation will be on Tuesday, November 13th from 5-7pm at Young’s Funeral Directors in El Dorado. Funeral service will be at 2 pm, Wednesday, November 14th in the chapel of Young's Funeral Directors. Interment will follow at Arlington Memorial Park. Please come dressed colorfully and wear something with Dino’s if you have it. Rion will love it and so will we. In lieu of flowers, please bring a toy to donate to the Camden Police Department’s Christmas Cops program in memory of Rion.
See more See Less

In Memory Of Rion Adrian Faulkner