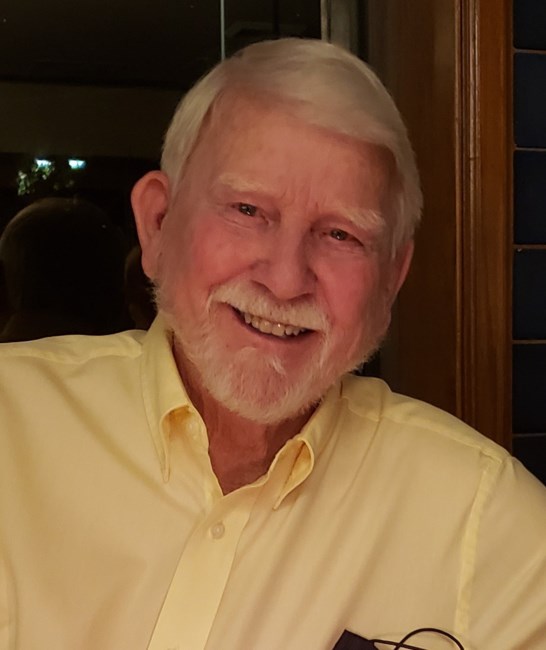 Born in Denver, Colorado, son to Alvin & Josephine Bruns, younger brother Richard Bruns. He spent time moving around and eventually landing in El Paso, graduating from Austin High School. Alvin worked multiple trades before meeting Don Breese of Breese Air Conditioning. They had a long working relationship until Don’s retirement. Shortly after, Alvin had the opportunity to open his own business; Bruns & McDonald, with Butch. They had a successful partnership until 2007, at which time he handed it off to his sons, Alvin III and Allan. Alvin met his wife, Monica, in 1962 and married her on November 23, 1963. They had 3 sons: Alvin III, Allan, and Darren. Who then gave them 7 grandchildren and 1 great-grandchild. Alvin’s favorite moments with his sons, was sharing his knowledge of trades. He was passionate about attending all their extracurricular activities; and as the family continued to grow, he loved the time they had by the pool during the summer, and around the table during holidays. When they weren’t spending time with their family, Alvin and Monica shared their passion of travel. Among the many places they visited, their favorite destinations were Hawaii, Italy, and England. After his retirement in 2007, Alvin was able to combine his love for family and travel by going to Virginia and spending time with his brother, Richard and his family. He also took many trips to Arizona where he would visit his youngest son, Darren and his family. Some of the other places he explored were the Mexican Riviera, Lake Powell, Jamaica, and Las Vegas. When he wasn’t traveling, he tinkered in his shop, and carved out time to watch Little League creating stats on each team, attempting to identifying who would win each year. With his busy life he enjoyed an occasional nap. Because of his love for family and the time he dedicated to them, he would sometimes miss naptime, and jokingly say, “I missed my afternoon nap.” Throughout Alvin’s life he worked hard to build a successful business and a loving, united family. Alvin will be missed by all who crossed paths with him. He was a man who had it all; ultimately the wealth he developed will be held in the love, respect, and growth of his family. “For the name was given to him by his father, and it was all he had to give. So, it is ours to cherish for as long as we shall live.” Proceeded in death by: his Father Alvin G. Bruns & Mother Josephine C. Bruns. Survived by: his beloved wife, Monica Bruns. His brother, Richard Bruns & his wife Brenda, their daughter Sarah & her husband Eric. His 3 sons: Alvin III and his wife Vickie, Allan, and Darren and his wife Tami. 7 Grandchildren: Meagan, Cortney, Amber & her husband Sherman, Mitchell, Ethan, Jordan and Casey. 1 Great-grandchild: Tanner and beloved dog: Coco. In lieu of flowers, please donate to the American Heart Association or El Paso Humane Society. Visitation will be on Tuesday, September 6, 2022 at 5:00pm- 7:00pm held at Martin Funeral Home East; 1460 George Dieter Dr. El Paso, TX 79936. Services will be on Wednesday, September 7, 2022 at 11:30am-12:30pm held at Martin Funeral Home East; 1460 George Dieter Dr. El Paso, TX 79936 Burial to follow at 1:00pm at Evergreen East; 12400 Montana Ave, El Paso TX 79938. Fond memories and expressions of sympathy may be shared at www.MartinFuneralHomeEast.com for the Bruns family.
See more See Less

In Memory Of Alvin Bruns Jr.