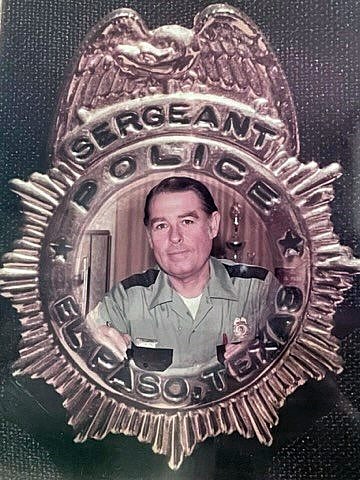 Charles Roger Krieger, age 92, of El Paso, Texas passed away on Thursday, January 20, 2022. Charles was born December 11, 1929 in Toledo, Ohio. Charles is survived by his son Kenneth Edward Krieger; his son Michael Krieger; his daughter Kathy Caringella; and his daughter Patty Phillips. Charles is also survived by twelve grandchildren; nine great grandchildren; brother Daniel Krieger (Liz) and sister Kathryn Solsvik (Ernie) He was preceded in death by his parents and daughter Pamela Smith. A visitation for Charles will be held Tuesday, February 1, 2022 from 8:30 AM to 10:00 AM at Martin Funeral Home, 128 North Resler Drive, El Paso, TX 79912. Following the visitation will be a graveside service at 11:00 AM at Fort Bliss National Cemetery, 5200 Fred Wilson Ave, Fort Bliss, Texas 79906. Fond memories and expressions of sympathy may be shared at www.MartinFuneralHomeWest.com for the Krieger family.
See more See Less

In Memory Of Charles Roger Krieger