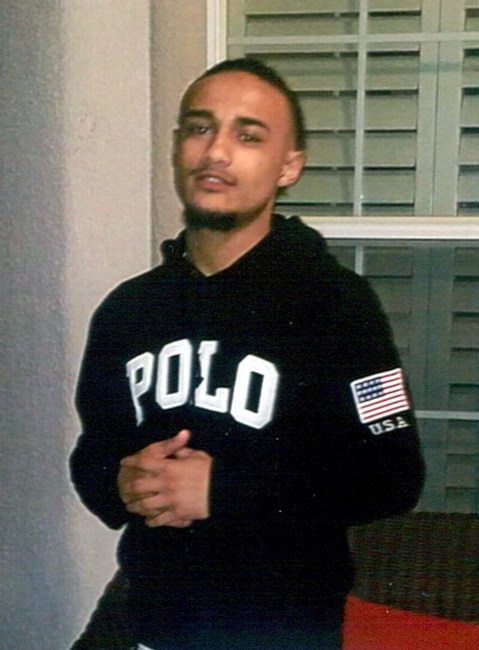 Jamaal Deontrae Jones-Aguilar was born July 19, 1996 in El Paso, Texas, to Mr. Charles Bernard Jones and Ms. Aileen Aguilar. Jamaal attended and graduated from Parkland High School. Upon graduating from high school, Jamaal immediately joined the workforce so he could take care of his family. Jamaal was, without a doubt, an amazing son, brother and father. He was loved by everyone who knew him and he will truly be missed. Jamaal leaves to cherish his memories; his son, JaDavion Jones, and beloved companion, Jeanine Inciriaga; parents, Charles Bernard Jones and Aileen Aguilar; siblings, Janise Jones, Jalen Jones-Aguilar and Davon Jones along with one niece, three nephews; grandmother Irene Aguilar; and a host of aunts, uncles, cousins and friends. Grandparents Ricardo Aguilar and Brenda Harris both preceded him in death.
See more See Less