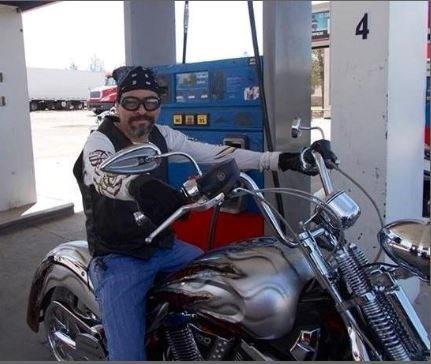 Kenneth “Kenny” John Gutierrez was called to his eternal resting place on January 5, 2022, at the young age of 49. He was preceded in death by his parents, John Gutierrez and Concepcion Gutierrez; and his sister, Imelda Gutierrez. He is survived by his children, Felix Ross and Jacob Gutierrez; his siblings, Magdalena Senger, Olga Garcia, and Robert Gutierrez; and many nieces and nephews. Kenny was remembered by many as being humorous, caring, intellectual, genuine, and hard-working. He graduated from Ysleta High School and later furthered his education at El Paso Community College. He earned a degree in Applied Science Radiology Technology. He is remembered dearly by his coworkers at The Hospitals of Providence (West and East), where he worked as the Lead Radiology Technician. He enjoyed caring for his patients for over 20+ years. Kenny was a caring father who enjoyed spending time with his children, often lending an eager ear to their interests and hobbies. Kenny enjoyed playing and watching sports. He spent the majority of his adult life playing softball with friends and colleagues. He once started and coached his own team, Team Kanyon, and won several games for that season. If Kenny wasn’t playing sports, he was watching them. He could be heard cheering for the Denver Broncos, the LA Dodgers, and the Boston Red Sox, but he held no close favorites because he enjoyed watching whatever game was on. Kenny also enjoyed being a part of car shows. Many would be in awe as soon as the reflection of his bright orange Chrysler would hit their eyes. Others would compliment his display of artificial black roses that would be on the ground along his car. He won many trophies from local competitions for his decorated car. Kenny was also a part of a local motorcycle riding group, cruising with friends on his motorcycle with orange skulls. A Memorial Service for Kenny will take place at a later time, due to the recent variant and to allow his full family to travel and attend his service. Fond memories and expressions of sympathy may be shared at www.hillcrestfhwest.com for the Gutierrez family.
See more See Less

In Memory Of Kenneth John Gutierrez