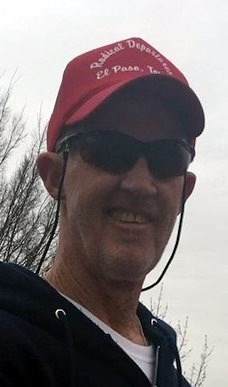 Robert Allen Ashworth, age 71, of El Paso, Texas passed away on Saturday, September 17, 2022. Robert was born September 6, 1951 in El Paso, Texas. Robert is survived by his wife, Pamela Anne Ashworth; his daughter Melissa Frank (Stephen); and his son Allen Ashworth; his sister Jodie Venturelli; his grandson Julian Frank and his granddaughter Faye Frank. A visitation for Robert will be held Thursday, October 6, 2022 at 11:00 AM at Hillcrest Funeral Home, 1060 North Carolina Dr., El Paso, Texas 79915, followed by a funeral service at 11:30 AM. Fond memories and expressions of sympathy may be shared at www.hillcrestfuneralhomeeast.com for the Ashworth family.
See more See Less

In Memory Of Robert Allen Ashworth