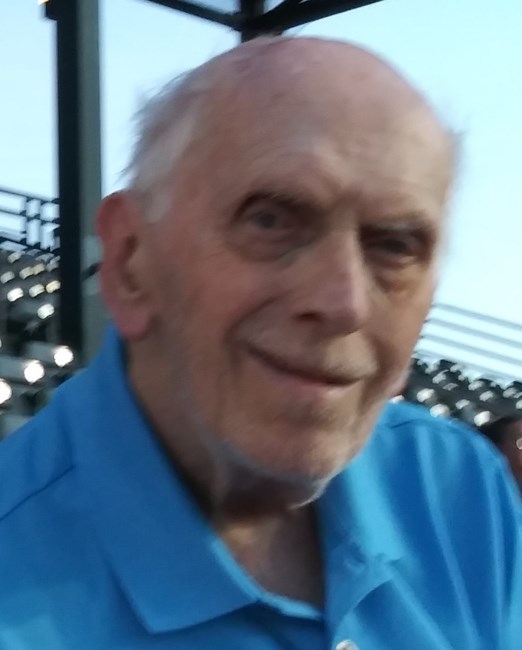 Melvin R. Jacoby, Jr., 92, of Ellenton, entered his next chapter of life peacefully on Tuesday September 20, 2022. He was born on July 12, 1930, in Lancaster, PA to the late Melvin R. Jacoby, Sr. and Erma Rittenhouse Axe. He was a 1948 graduate of J.P. McCaskey High School in Lancaster, PA. Mel served his country honorably in both the Pennsylvania National Guard and United States Army. His working career involved cameras. He worked at Coe Camera Shop, the Lancaster Newspapers, WGAL-TV, Harrisburg City Police Department, and WHTM-TV. Mel was a 60+ year member of Lancaster Lodge #43 (Free and Accepted Masons), Lancaster Lodge of Perfection, and Valley of Lancaster and Harrisburg. He was the Grand Tall Cedar of Lancaster Forest #27, Tall Cedars of Lebanon. Mel was also a member of the American Legion Post 27, Lancaster, PA. His passion was photography. He was so disappointed later in life when his eyesight was failing him. He also enjoyed traveling, especially cruising. His dream was to see Hawaii. That dream came true when Mel and Carol took a cruise to Hawaii for their 25th wedding anniversary. Family was important to him. He was always there to support his children and grandchildren. In addition to his parents, Mel is preceded in death by his brother, Albert C. Newlin, Sr. Mel is survived by his wife of 44 years, Carol Heckel Jacoby, children Sharon (Roger) Opstbaum of West Chester, PA; Samuel (Kim) Jacoby, Marietta, PA; Tracey (Kevin) Shank, Lakewood Ranch, FL; and Brian Heckel, Bremerton, WA; grandchildren Joseph, Bremerton, WA, Amanda, Pensacola, FL, Caitlin, Bradenton, FL, Emily, Lakewood Ranch, FL, Connor, Kent, WA, and Jennifer, Lakewood Ranch, FL. Also surviving are two step grandchildren Elaine (Andrew), Queens Village, NY and Steven (Sabrina), West Chester, PA, and five step great-grandchildren, Emily, Queens City, NY and Nicholas, Reegan, Tristan and Bella West Chester, PA. The family thanks the staff of Tidewell Hospice for their help and guidance during the final weeks of Mel’s life, allowing him to remain at home. A memorial service will be held on Saturday, October 8th, 2022 at 1:00 PM at Parrish United Methodist Church, 12180 US-301, Parrish, FL 34219. Please omit flowers. Contributions in Mel’s name may be sent to Tidewell Foundation, 3550 South Tamiami Trail, Sarasota, FL 34239.
See more See Less