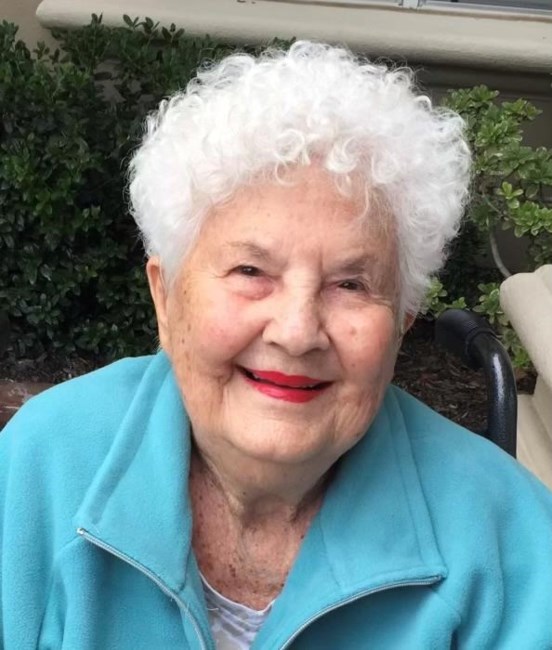 Betty Brechenser Fee, 98, of Sarasota, formerly of Englewood, Florida and Toledo, Ohio, passed away on October 12, 2021.

Betty was born on February 15, 1923 in South Bend, Indiana. She lived there as a young child until her family moved to Toledo, Ohio. She attended high school in Toledo and began studies at the University of Toledo. She met her future husband, Paul, via phone conversations while they were both working at Owens-Corning Fiberglass but in different cities. In 1945, they were married in Philadelphia and lived there for ten happy years before moving back to Ohio.

Back in Toledo, Betty worked as a secretary for the Sylvania School District which sparked her interest in childhood education and prompted her to complete her Bachelor's degree and earn a Master's degree in Special Education. She taught special education classes for several years at Stranahan Elementary School and was recognized as a Jennings Scholar, an award which honors outstanding classroom educators.

After retirement, Betty and Paul moved to Englewood in 1995, and to Sarasota in 2004.

Betty was active in retirement and volunteered for several organizations. She was a Court Appointed Special Advocate (CASA) for neglected and abused children in Toledo. She volunteered at Elsie Quirk Public Library and the Art Center in Englewood. In Sarasota, she volunteered at Bay Haven School and the Designing Women Boutique. She was always looking for a way to give back and especially to help children.

Betty was known for her beautiful smile and her sweet disposition. She was kind and generous and loved by all who knew her. She was a loving mother and wife. She was a joyful, curious and smart woman who had many interests and supported many causes.

She was a member of Coterie, PEO, Presbyterian Women, The Honor Society of Phi Kappa Phi, and the International Honor Society in Education, Kappa Delta Pi.

She loved the arts and supported the symphony and theater wherever she lived. She enjoyed knitting, playing bridge, crosswords, reading, gardening, walking, swimming and traveling. She and Paul had wonderful trips to France, Switzerland, England, Scotland, Wales, Jamaica, Mexico, New Zealand, Australia and all over the U.S. including Alaska.

She was an animal lover -- especially a dog lover. She had 10 dogs over the years; her last one was a one-eyed toy poodle rescue named Romeo. In her last years of life, she especially enjoyed visits from her "grand-dogs," Gunner, Deaver, Roxie and Sailor.

She loved watching sports on TV, including basketball, football, golf and baseball. She was a Big Ten fan and especially enjoyed Ohio State games. After she moved to Florida, she became a fan of many Florida teams, including the the Magic, Buccaneers and Gators. Later in life, she developed macular degeneration which made it hard for her to see but she kept watching sports on her big screen TV.

She was a steadfast member of the Presbyterian Church her entire life, serving as an elder and a deacon. Paul and Betty became members of First Presbyterian Church in Sarasota in 2005 and attended services regularly. When Betty could no longer attend services in person, she watched them weekly on her big screen TV. She had enormous faith in God which kept her in good mental, physical and spiritual health until her death.

Betty was predeceased by her loving husband of 66 years, Paul, and her son, Paul Alex Fee, Jr. and her sister, Jane Robinson.

Betty spent her last years living at Bayshore Place Assisted Living in Sarasota. Tricia, Peter, Barbara and Paul thank all of the staff and aides there for taking such good care of their beloved mother.

A memorial service will be held at 11 a.m., Monday, November 22 at First Presbyterian Church in Sarasota.

The family requests donations to the Society for the Blind, Save the Children, PBS, The Humane Society or the charity of your choice.

In Memory Of Betty B. FEE