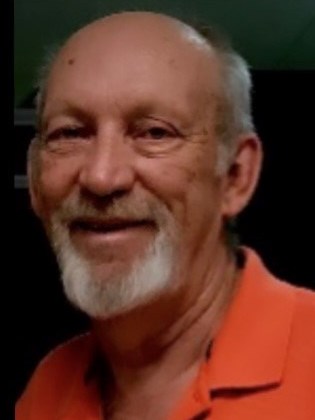 John D Robson December 13, 1947 – January 17, 2022 John D Robson was born on December 13, 1947 to Wayne and Dorothy Robson (Fitzsimmons) of West Terre Haute IN. They brought him home to his older sister Carol Ann, and his maternal Grandparents. Together, they all took part in raising him in the same home throughout his childhood. During his youth and school years he was an avid baseball, basketball player and on the Yearbook Staff. He is a graduate of West Vigo High School Class of 1965 and took part in assisting with the high school reunions. He remained in contact with his childhood friends throughout the years and always loved his time spent with them when he was in West T. At the tender age of 18, he bravely enlisted in the Military ready to devote himself to his country. This was during the Vietnam War, to say his mother was pissed is an understatement. Although, this decision was hard for the family to accept it ended up being one of his best decisions. He was selected for the Air Force and spent 20 years of his life to being part of the Military family. This gave him purpose and created lifelong bonds. He was able to gain a vast knowledge of the world during his time overseas. And it was the beginning of his many stories. While in Vietnam, John crossed paths with a man that he would be bonded to for the rest of his life, Eddie Moore of Englewood FL. After his second overseas tour spent in Germany, John made the decision to purchase a bus ticket to visit his buddy in Englewood FL and that would end up being his best story ever told. He was introduced to Elizabeth Robson (Liz Yehle), the love of his life, the woman that took on the same pride and dedication to being in the Military family. They spent a week together and then drove him to Eglin AFB reporting to duty as an engaged couple. They married 3 months later, on November 15th, 1969. And from that date, they formed the adventurous life of John and Liz. Together with their two children, John and Melissa, they traveled and lived in various parts of the US. His military assignments allowed them to live in the states of Ohio, South Carolina, New Mexico, Alaska, and each time they had to move they took with them the bond of friendships that molded into family. Throughout the military years, they ensured the kids joined in their adventures and blessed them with some of the best moments of life from camping, canoeing, skiing, fishing, seeing the US National Parks, playing sports, days spent on the 3Wheelers, hunting and making the nonstop rode trips to be with friends and family. His career in the Military consisted of 9 years as a Jet Engine Technician and 11 years as a Maintenance Management Control where he was responsible for monitoring everything about the planes, from operation to inventory on base. He took part of building “The First Lady”, she was the first C-130 transport modified into a gunship to fly during the Vietnam War. His beloved Air Force planes were just one of his favorite stories to talk about. After John’s 20yrs of his dedicated service to the US Air Force, his retirement allowed them to return home to Englewood FL. Where his life consisted of taking on the skills of employment at Hoops Electric, Comcast Cable and ending with Planation Golf Course. If he was not standing, vocally of course, mat side for John’s wrestling and Melissa’s basketball you would find him cutting it up at the Bowling Alley and Golf Courses with his buddies. As the years progressed and family grew, he rarely missed an event for his grandchildren, whether it be their sports games, their youth practices, award ceremonies, graduations, and any moment to celebrate them. He enjoyed life to the fullest up until his health issues took over. John loved and was loved by many, he had a long list of unbreakable friendships that he created throughout his chapters of life, he was a raw what you see is what you get kind of man and people admired that about him. He was a good, kind man, and will be missed tremendously. He joins his beautiful wife Elizabeth, who left this life in January 2002. He is survived by his immensely dedicated son and daughter in law, John and April Robson. His daughter Melissa Robson (David Kelly), the grandchildren who were 3 additional loves of his life, John Dalton Robson, Hope Robson, and Hayden Gentry. Devoted nephew Paul Yehle. Along with his loving sister, Carol Ann Witty and her 4 children Jeff (Janice), Mark (Carla), Lori (Brian Roberts) and Larry (Michelle) Witty. In which, the Witty’s blessed him with a large extended family of great nieces and nephews that he could tell you about every single one of them with pride on his face. And his family of cousins who he loved a good bet, jokes and laugh with. To him his friends were his family, we hope that you all never stop telling his stories, never stop knowing we appreciate you for loving him, taking his phone calls, and making his life full of good times. Services will be held outside on Sunday January 30th 1pm at the Englewood Veterans Memorial Park and Freedom Pavilion. Located at 641 W Dearborn St, Englewood FL 34223. Followed by gathering at the Robson home, 350 N Oxford Dr Englewood FL 34223. Fond memories and expressions of sympathy may be shared at www.lemonbayfh.com for the ROBSON family.
See more See Less

In Memory Of John David ROBSON