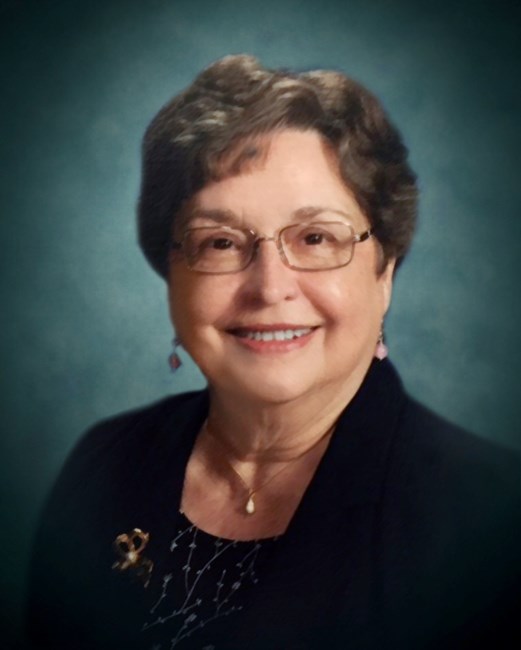 Darlene (Schaefer) French, of Evansville, was born New Year’s Eve 1933 and passed away peacefully February 9, 2017. She was 83. Raised on a farm in Haubstadt with her parents and six siblings, she graduated from the local high school and went on to become a Registered Nurse after graduating from St. Mary’s School of Nursing in Evansville. For 27 years she worked as a surgical nurse at St. Mary’s Medical Center, retiring in 1992. Her religious faith was an important part of her life. Up until her last years she was an active member of St. Theresa’s Church in Evansville, where she sang in the choir. In addition, she was a valued member of the local Master Gardner’s Club, SWIRCA, and volunteered for many organizations, including the Evansville Christian Life Center. Her hobbies were woodworking, crafts, and painting with watercolor. She traveled and often noted that she “…was never bored a day in her life” as there were always new interests to pursue. Perhaps Darlene’s greatest joy was spending time with her family. She always said that her proudest accomplishment was raising her three children and supporting and nurturing her stepchildren. She was married twice; first to the late Henry Baskett, the father of her children, and later in life to the late Richard French, the father of her stepchildren. She maintained and valued her relationships with both her husbands’ families. All her children and grandchildren held a special place in her heart. Her life was not without challenges; however, the greatest among those was the raising of her first son, James, who was born with cerebral palsy. She never wavered in her commitment to help him live as long and as independent a life as possible. An approach she has taken as she has cheered the accomplishments of her children and grandchildren and stood by them always through any troubles. She was preceded in death by her parents, Edwin and Lucille Schaefer; brother, Marcellus Schaefer; brother-in-law, Tom Wandel; first husband, Henry Baskett; second husband, Richard French; and son, James Baskett. Darlene is survived by her siblings, Vernon (Hilda) Schaefer, Linda (Leroy) Busing, Marji (Dallas) Flener, Marlin (Janet) Schaefer, and Mary Wandel; children, Jane Baskett (Eric Crouse) and John Baskett; stepchildren, Cindy (Thom) Endress, Michael (Terri) French, and Shirley (Tim) Martin; grandchildren, Claire and Maxwell; and her step-grandchildren, Sarah, Kate, Anne, Kelly, Andi, Laura, and Amy, and their significant others and children. She loved them all beyond measure. After several strokes, Darlene’s last three years of life were challenging. The family would like to thank all of Darlene’s friends and the organizations that assisted her in making the best of her final life challenges. Special thanks to the staff of Prairie Lakes Healthcare Campus in Indianapolis, where she spent her last year. A Mass of Christian Burial will be 11:00 AM Tuesday, February 14, 2017, at St. James Catholic Church, 12394 South 40 West, Haubstadt, officiated by Fr. Ken Betz, with burial in St. James Catholic Church Cemetery. Friends may visit Monday from 4:00 to 8:00 PM at Alexander North Chapel, 4200 Stringtown Road. If you prefer, in lieu of flowers, the family would be grateful for memorial contributions to be made in Darlene's name to the Evansville ARC Disabilities Service or the Evansville Christian Life Center. Condolences may be made online at www.AlexanderNorthChapel.com.
See more See Less