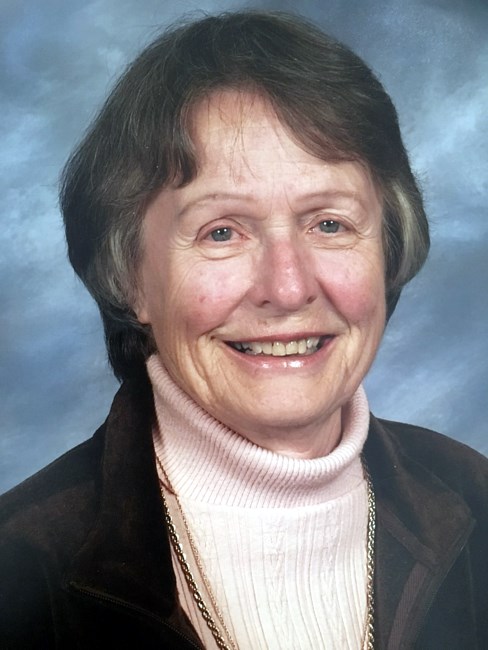 Reverend Ruth Elizabeth Milgate, 90, of Indianapolis, formerly of Evansville, Indiana, passed away Saturday, March 7, 2020. She was surrounded by all of her children. Born February 10, 1930, to Thomas M. and Lois (McSparin) Halterman in Carbondale, Illinois, she was the fifth of seven children, and the twin to James Edwin, who died shortly after he was born. Growing up as the only girl in the family, Ruth enjoyed playing sports with her brothers Cyrus, Gerald, Harold, Earl, Edward, and Charles, and had the nickname “Pickles.” A graduate of Southern Illinois University, Ruth began as an elementary school teacher and married Melvin Milgate in 1952. She and Melvin had four children, Ronald, Karen, Barbara, & Deborah. She received a Masters of Divinity from Christian Theological Seminary in 1979, one of only two awarded to women that year. She then served in succession in the Southern Indiana United Methodist Conference, at Pleasant Hill UMC in Thorntown, East Side UMC in Connersville, Ellettsville UMC, and Blue Grass UMC in Evansville. Inspired by her service as an Innkeeper at Harvard House, a ministry to women recovering from substance abuse in Washington, D.C., Ruth committed the next decade of her life to creating these services for women in Evansville. In 2008, “Ruth’s House” opened to its first residents. Ruth was 78 years old. In her “retirement,” she also served as the minister to a local mission church in Evansville. Known throughout the years simply as “Pastor Ruth,” she was an energetic spiritual leader, and a woman who built up and saw the best in the community around her. She was someone who provided comfort and was a friend to all around her. She loved singing, reading and meditating, making things happen wherever she went, and tried always to do the right thing, guided by her faith. Loved dearly by her children, Ruth was also a devoted Mother to four and Grandmother to five. She was a powerful role model, fantastic cook, and had no limits to her love. She encouraged and pushed each of her children to explore his or her talents, and made sure they had the tools to succeed. In a crunch, she was the first one to come running. She was a big personality and she will be sorely missed. She was also a beloved sister and Aunt to dozens of nieces and nephews. Ruth is survived by her four children, Ronald Milgate (Diane), Karen Milgate (Mark Littman), Barbara Milgate (Herb Jackson), and Deborah Pollack-Milgate (Howard), five grandchildren, Kali Milgate, Camille Franks, Sophie, Benjamin, and Daniel Pollack-Milgate, and her two brothers, Edward and Charles. Visitation will occur on Thursday, March 12, 2020, at Alexander North Chapel 4200 Stringtown Road, Evansville IN from 5:00-8:00 p.m. (5:00 to 6:00 p.m., for family, and 6:00 p.m. to 8:00 p.m. for all). Funeral services and a celebration of her life will be held at 11:00 a.m., March 13 at Blue Grass United Methodist Church-Chapel Sanctuary, 14240 Petersburgh Road, Evansville IN, officiated by Doug Heiman, with burial to follow. Memorial contributions in Ruth’s honor may be made to Blue Grass UMC, United Caring Services for Ruth’s House, at unitedcaringservices.org, or the Equal Justice Initiative at EJI.org. Condolences may be made online at www.AlexanderNorthChapel.com.
See more See Less

Funeral Service and Celebration of Life