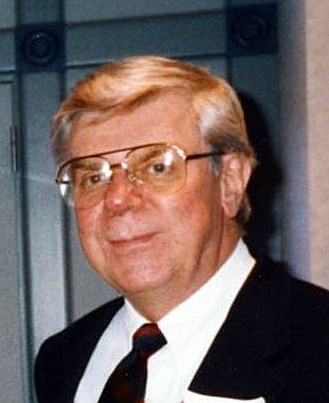 CLEMENS, Jerome McClain passed away on January 15, 2021, at Trinity, a United Church Home, Fairborn, Ohio. He is survived by his wife, Faye Adolph Clemens, of Fairborn, son, William McClain Clemens of Fairborn, and sister, Ellen Clemens Bryant of Johnstown, Ohio. Other surviving family include nephew, Andrew Bryant, niece, Megan Bryant, and cousins in Seattle, Baggs, Wyoming and Bradenton, Florida. Clemens was born in Coshocton, Ohio, to Max Carlton Clemens and Madge McClain Clemens. After attending public schools in Bucyrus, Ohio, he attended Columbus North High School, graduating in 1954, enlisting straightaway in the US Navy and serving honorably at sea through 1957. His professional career began as a cartographer for Replogle Globes in Chicago and for the Ohio Department of Transportation in Columbus. In 1974, he earned his PhD in geography from The Ohio State University, where he had completed his bachelor's degree. As a faculty member at Indiana University and for twenty-two years at Wright State University, he taught physical geography and climatology, holding an emeritus professorship upon retirement from WSU, continuing research on climate and energy problems, despite challenges of retinitis pigmentosa. Clemens was a lifelong fan of classical music and good movies. The last ten years or so of his life, he also enjoyed books on tape, especially of the mystery and spy genres, mailed on loan from the Ohio Library for the Blind in Cleveland. He was a member of several professional societies, including the American Meteorological Society, and Fairborn United Methodist Church. A visitation will be held on Thursday, January 21, 2021 from 3:30pm until 5pm at Burcham Tobias Funeral Home, Fairborn, Ohio. A funeral service will immediately follow visitation at 5pm. Burial will take place at 1pm, Friday, January 22, 20201 at South Lawn Cemetery, Coshocton, Ohio. Donations may be made to the Foundation Fighting Blindness or Ohio's Hospice of Dayton. Condolences and memories may be expressed online at www.burchamtobiasfuneralhome.com.
See more See Less

In Memory Of Jerome M Clemens