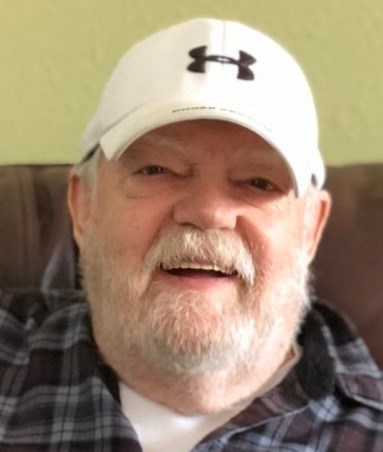 Garrett, Larry “Bubba”, 82, passed away Saturday, May 7, 2022, at his home in Fairborn, Ohio. Larry was born February 27, 1940, in Cranks, KY to Carlos and Esther (Harris) Garrett Chase. He was an avid fisherman and golfer for many years, enjoyed sitting on the porch listening to country music, and loved to recount stories of growing up in Garrett Holler, provide colorful commentary of his military career, and tell terrible medical and/or dad jokes. He graduated from Hall High School in Grays Knob, KY at the age of 17, and then joined the Air Force in December of 1957. During his career he proudly served in the Vietnam War, where he earned a Bronze Star, Republic of Vietnam Campaign medal as well as the Republic of Vietnam Gallantry Cross, and a medal for Meritorious Service. In December of 1979, he retired from the Air Force while at Wright-Patterson Air Force Base at the rank of Senior Master Sergeant. He then went on to continue his work as a civil servant at Wright-Patt in the Military/Civilian Personnel Flight for twenty years, finally retiring January 1, 2000. Larry is preceded in death by his parents, Carlos Garret, and mother, Esther (Harris) Garrett Chase; brother, Conley Clayton; first wife, Shirley (Parker) Garrett; and late wife, Janice (Wilder) Garrett. He is survived by his son, John (Cindy) Garrett and stepdaughter, Kelley (Steve) Ellinger; sister, Dorann Cloud of Michigan; five grandchildren: Nicole Garret, Lindsey (Nick) Clevenger, Brittany (Tony Weese) Garrett, Ryan Doster, and Aaron (Haley) Doster; and seven great-grandchildren: Carter, Eli, Dakota, Nora, Rhett, Nolan and Cali. Visitation will be 3:00 pm – 6:00 pm, Friday, May 13, 2022, with a short service to follow at Burcham Tobias Funeral Home located at 119 E. Main St., Fairborn, OH 45324. Burial will be Saturday, May 14, 2022, at Lee Memorial Gardens in Pennington Gap, VA. In lieu of flowers, donations can be made in Larry’s honor to The Wounded Warrior Project, P. O. Box 758516, Topeka, KS 66675-8516, or to a preferred military or veteran-related nonprofit organization of choice. Condolences can be sent to the family at www.burchamtobiasfuneralhome.com
See more See Less

In Memory Of Larry Garrett