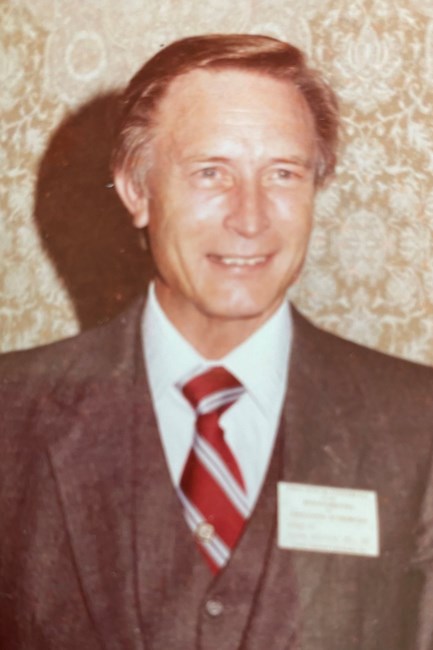 Gerald Robert Bee, 91, of Oakton, VA passed away on Thursday, May 5, 2022. Gerald was born in Corsicana, Texas on November 12, 1930 to Charlie and Ruth Bee. As a young man he served in the United States Army during the Korean War as a Paratrooper. Upon his return to the U.S., he worked as a marble setter. He then attended University of Texas in Austin where he met his wife, Jerry Terry, which he married in their senior year in 1955. He received a Bachelor’s Degree in Microbiology in 1956. Gerald and Jerry then traveled north to Washington D.C. where he started working for National Canner’s Association, now known as National Food Processor’s Association. Later, he worked as a consultant to the food processing industry and founded the Institute for Thermal Processing Specialists. Gerald and Jerry moved to Oakton, VA in 1961 and became member’s of Oakton United Methodist Church in 1962. He belonged to the Acacia Masonic Lodge #16 in Clifton where he served as a Master twice. Gerald and Jerry started their boating adventures in 1981 on K dock at Mears Point Marina, Kent Narrows, Maryland and continued until 2020. They made many lifelong friends and Gerald was fondly referred to as the Mayor of K dock! In addition to his parents, he was preceded in death by his son, Don Robert in 1990. Gerald is survived by his wife, Jerry T. Bee; his daughter, Shirley Bee Henderson of South Riding, VA; his grandchildren: Christine Andres and husband Kyle and Gerald’s great grandaughter, Poe of Park City, UT; Melanie Acon and husband Jake and Gerald’s great grandchildren, Olan, Finley and June of Culpeper, VA; Nicole Henderson of Fairfax, VA; and Clay Henderson and his wife Qiuwan of Falls Church, VA. A memorial service will be held on Thursday, May 19th, 2:00pm at Oakton United Methodist Church, 2951 Chain Bridge Road, Oakton, VA 22124. In lieu of flowers, memorial donations may be made to Oakton Methodist Church. Online condolences may be sent to the family at demainefairfaxfuneralhome.com
See more See Less

In Memory Of Gerald Robert Bee