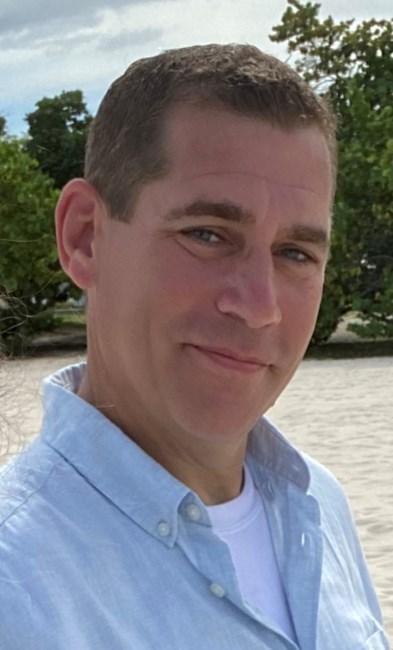 Kevin Mark Polson Born in Boston 9-7-1966. Passed away at Lahey Clinic in Burlington on 7-31-2022 surrounded by his wife and family. Husband of Kimberly. Current resident of North Dighton. Prior to moving to North Dighton, Kevin & his wife lived in Fairhaven where they raised 3 children: Allisen, Alexander, & Mark. Kevin was raised in Braintree where he attended Blue Hills High School in Canton where he was captain of the football team. He attended Bridgewater State College. Kevins’ entire life was dedicated to public service. He lived his life by the words: “Your word is your honor, without it you’re nothing”. Kevin served honorably in the U.S. Army National Guard (1985-1992) (972 MP Company) out of Newton. He was employed by Plymouth House of Corrections & then Mass Department of Corrections, he retired in 1999. Kevin served the Fairhaven Fire Department as a call firefighter for 25+ years where he earned the rank as Lieutenant. Mattapoisett Fire Department where he was a firefighter and fire inspector. During the years of his fire service, he helped to form Southcoast Fire Training Academy. He owned and operated South Coast Training in Fairhaven. He was an EMT with Swansea Ambulance Corp & EMT and dispatcher at Brewster Ambulance. He was also an Armed Security Officer with Internal Security Associates until his illness. He was a third generation Free Mason. He was a member of the Star In The East Lodge in New Bedford. Kevin was an avid lover of sports; his true passion was football. He started playing football where he developed the love of the game with Braintree pop warner right into adulthood with the Randolph Oilers. He coached youth football, high school football, and semi -professional football; Braintree Pop Warner, New Bedford Pop Warner, Dartmouth Pop Warner, Bishop Stang High School, Tri-County High School, Whaling City Clippers, South Shore Shock, East Coast Ducks, Somerville Rampage, & Taunton Gladiators. Kevin made an impact on the lives of many of his players throughout the 37 years of coaching. Kevin enjoyed coaching and watching his children in all sports. Kevin loved to travel and spend time with his family and many friends. He especially enjoyed spending time with his grandkids. He enjoyed scuba diving, working on home projects, being a mentor, riding his motorcycle, exercising his 2nd amendment, and talking. His true passions were being a husband, father, Papa, and friend. Kevin is survived by his loving wife of 31 years, Kimberly as well as his children; Allisen & her husband Joshua Anacki of Taunton, Alexander of New Bedford, Mark & his fiancé Alexandria Astle of North Dighton. His father Karl Polson of South Yarmouth. He is predeceased by his mother Rhea L. Nadeau. His grandchildren Chase, Riley Anne, & Sawyer Rose Polson. He is also survived by his brothers David and his wife Leanne of Braintree, Erik & his wife Lori of Raynham, & Matthew & his wife Ashley of Texas. His step-sisters Gretchen and husband Tony and Christine and husband Scott. Several nieces, nephews, and aunts. There are also too many friends that became family to list individually. Visiting hours, Thursday, August 4, 2022 from 4-8 p.m. and Friday, August 5, 2022 from 9-11 a.m. in the Waring-Sullivan Home at Fairlawn, 180 Washington St., Fairhaven. Flowers Welcome. For online tributes: www.waring-sullivan.com
See more See Less

In Memory Of Kevin M. Polson