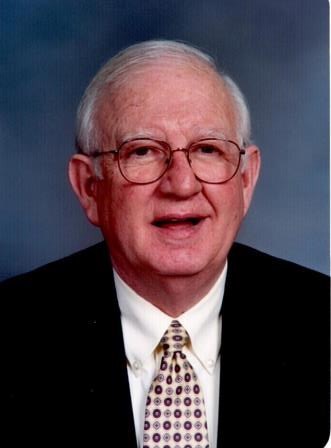 Roland Glen Lee Brumitt, age 90, of Fairview Heights, Illinois passed away on Sunday, January 15, 2023. Roland was born in East St Louis, IL. He was born October 13, 1932 to late Robert Lee and the late Hazel (nee Spangler) Brumitt. Roland is also preceded in death by his former wife the late M. Janice Brumitt (nee Willmore) and his brother, Robert Brumitt ( the late Marge), Richard (Dick) Brumitt and Raymond Brumitt. Roland is survived by his wife of 21 years Vicki S. Brumitt (nee McRill); his children, Mark Brumitt (Mark Dippold), Kevin L. Brumitt (Denice), Eric R. Brumitt and Craig S. Brumitt; 6 grandchildren and numerous great-grandchildren; he is also survived by his loving puppy Luci and many nieces, nephews, cousins and dear friends. Roland was a kind gentle man of faith and was a lifetime methodist member. He was a Sunday School teacher and served on several committees. He was an avid St. Louis Cardinal baseball and St. Louis Billikens basketball fan. He graduated from Edwardsville High School in 1950. He obtained his B.A. from Greenville College in Greenville, IL and his M.A. from Washington University in St. Louis, Mo. Roland was a past president of the Edwardsville School District and he severed on the city council as an alderman. Friends may visit from 10:00am to 12:00pm, Friday, January 20, 2023 at St. Matthew Church 1200 Moreland Dr. Belleville, IL 62223. Funeral with the funeral service to follow at 12:00pm with Pastor Jim Slone officiating. Interment will be held at Sunset Hill Cemetery in Glen Carbon, IL immediately following the service. In lieu of flowers memorial contributions can be made in honor of Roland Brumitt to St. Matthews United Methodist Church. Fond memories and expressions of sympathy may be shared at www.LakeViewFuneralHm.com for the Brumitt family.
See more See Less