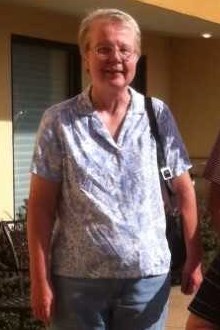 Denise Ann Hunyadi, age 70, of Rocky River, Ohio passed away on Sunday, May 8, 2022. Denise was born March 21, 1952 in Canton, Ohio. Beloved sister of Susan Hunyadi Rodgers of Pittsboro, North Carolina and Michael Hunyadi of Canton, Ohio. Partner and companion of John Hays, of Rocky River, for 43 years. Loving aunt to many. Predeceased by her parents, Dr. Michael and Helen Hunyadi of Canton, Ohio and her sister Kathleen Hunyadi of Indianapolis, Indiana. Denise graduated from Glenwood High School in Canton. She later chose Michigan State University as her alma mater, where she excelled and received a Varsity letter for the women’s team golf and graduated with high honors in 1974. She went on to obtain a law degree from Case Western Reserve in 1977. Denise was a loyal and devoted caretaker to her partner John. She was a diehard sports fan of Michigan State and the Cleveland Indians, as well as televised golf tournaments. Both Denise and John shared great interest in ships and waterways; most particularly the Titanic. They also volunteered many hours restoring the Str. William G. Mather Steamship in Cleveland. One of her favorite pastimes over the years was cooking, in which she excelled. Many years ago when she and John came to Hilton Head with Susan’s family, everyone looked forward to a meal she would fix, as well as enjoying together the bucket of margaritas they brought and playing the Greater Gator Open. Denise will be forever cherished by those closest to her. Fond memories and expressions of sympathy may be shared at www.corrigancraciun.com for the Hunyadi family.
See more See Less

In Memory Of Denise Ann Hunyadi