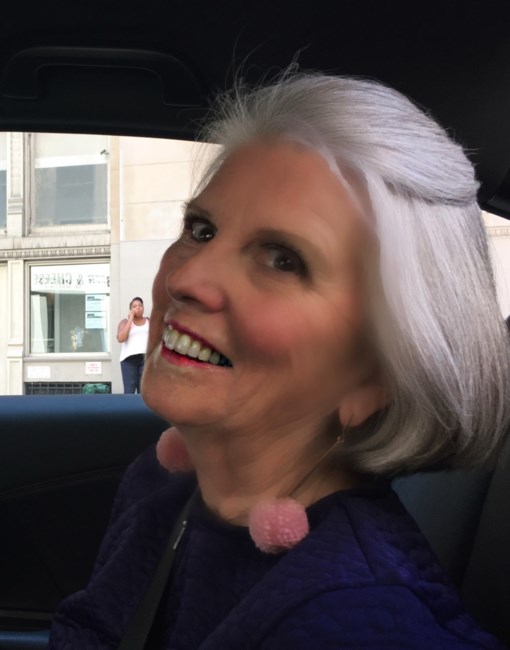 Janet (Olsen) Myrin, age 76, of Little Compton, passed away suddenly on March 9, 2019. Born Janet VanAmringe Olsen on September 17, 1942, she grew up in Douglaston, Queens, and Mattituck, New York. She attended Bayside High School and graduated from St. Lawrence University. After graduation, she moved to New York City where she worked at J. Walter Thompson and Bache & Company and met Bill Myrin who she later married. Bill and Janet moved to Little Compton in 1969 to raise a family. Janet was a real estate agent in Little Compton for forty years, most recently as a co-owner of Little Compton Real Estate. She is survived by her two children Alarik and Arden, their spouses Kristine and Dan, and her grandson Zachary, as well as her two brothers Gary and Richard. Janet was a joyful bright light who loved playing bridge, making crafts, traveling, spending time with her children and grandson in New York City, going to Broadway shows, museums, and exploring the city. A social butterfly, Janet was a member of the Sakonnet Golf Club, the Sakonnet Point Club, and Warren’s Point Beach Club and loved living in Little Compton. She had a gusto for life and travel and will be dearly missed. Her Service of Thanksgiving and Tribute will be held on Friday, March 15, 2019 at 10:30AM in the United Congregational Church, the Commons, Little Compton. Relatives and friends invited. In lieu of flowers please consider donating to her dear friend Steve Hytner’s 14-year old son Jack’s Go FUND ME page to help him fight stage 4 bone cancer: https://www.gofundme.com/bk6nff-help-jack-fight-cancer?pc=ot co dashboard a&rcid=d33df9706c574d1e85ead0fd7d21a0be. Burial private.
See more See Less

In Memory Of Janet Myrin

Service of Thanksgiving and Tribute