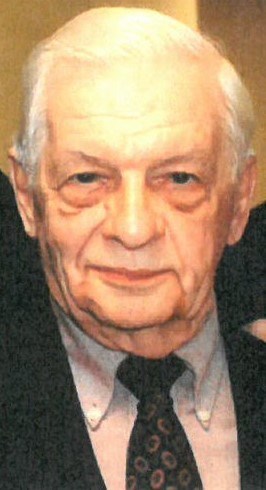 John Moriarty was born in Fall River, the son of John Sr. and Fabiola Moriarty. His father was a chauffeur for various area politicians including Mayor Harry Monks and Senator McClaine. John attended Sacred Heart Elementary School and later Durfee High where he graduated as the highest-ranking student in his class in 1948. In the fall of 1948, he entered the New England Conservatory in Boston as a full collegiate student, after having taken piano lessons there during his last three years of high school. While at the Conservatory, he became interested in vocal repertoire and the importance of the pianist as an accompanist and vocal coach. Subsequently, he found himself in the world of opera, variously as a stage conductor, administrator, and most importantly, as a conductor. Returning from Europe where he had studied under the aegis of the Frank Huntington Beebe Award, John received an appointment to the faculty for the New England Conservatory where he became increasingly involved in opera projects, eventually producing the first two live opera productions on Boston’s WGBH-TV. In 1959, John received his first professional opera position at the Santa Fe Opera Company. He spent seven years with that company as Chorus Master, Stage Director, and eventually Artistic Administrator, the second highest position in the company. He was simultaneously Artistic Administrator, Stage Director and Chorus Master with the Washington Opera (known then as the Opera Society of Washington). In 1965, John returned to the New England Conservatory where he could teach during the winter and pursue opera activities in the summers at various times with the Lake George Opera Festival, Wolf Trap (where he was Director of the Wolf Trap Company), and the Opera Theatre of St. Louis, and eventually Central City Opera in Colorado. After four summer seasons there as Principal Conductor, he was asked, in 1982, to assume directorship of the Opera Festival. The Festival, which dated back to 1932, had a distinguished history but had fallen on hard times and had accumulated a burdensome debt and was in imminent danger of shutting down. John’s most satisfying accomplishment has been what he called “rescuing this fabled company from the edge of the grave”. After sixteen successful seasons, he stepped down from his managerial position and was honored with the title Artistic Director Emeritus. Teaching was John’s passion. He formed an intensive opera-training program at Boston Conservatory, which was so successful that New England Conservatory joined it in 1980. Students from John’s opera training programs have sung or are singing with every major opera company in the U.S., including New York City Opera, San Francisco Opera, and the esteemed New York Metropolitan Opera. In 1975, E.C. Schirmer Music Co. published his book of Diction for Singers, a reference manual and instructional manual dealing with the stage pronunciation of Italian, Latin, French and German. It has gone through numerous reprints and has become the standard textbook in conservatories and universities throughout the U.S. He has also made recordings of opera; opera excerpts, and has performed as piano accompanist on Cambridge, Parnassus and Newport Classic records. Teaching had been central to John Moriarty’s life, although he retired as Chairman of the New England Conservatory Opera Department in 2001, he continued to teach there two days a week. The Conservatory honored him with its Outstanding Alumni Award in 1982 and with an honorary doctorate in 1992. In 1989, he moved back to Fall River and resided on Rock Street, directly across from the former location of St. Helena’s Convent where he received his first piano lesson from Sr. Stephen Mary of the Holy Union Sisters. With this move, his life seemed to come full circle. John is survived by his partner of 53 years, James T. Bynum; two sisters, Frances Souza of South Easton, MA and Helen Hallin of Poway, CA as well as several nieces and nephews. His Visiting Hours will be held on Tuesday, January 11, 2022 from 8:30-9:30 AM in Waring-Sullivan Home at Cherry Place, 178 Winter St, Fall River followed by a Funeral Mass at 10:00 AM in Holy Name Church, 709 Hanover St, Fall River. Burial in St. Patrick’s Cemetery, Fall River. Relatives and friends are invited and the family requests that masks be worn to help protect those that are vulnerable. For those of you who are unable to attend, you may view the Funeral Mass and Burial via Facebook livestream using the link below.
See more See Less

In Memory Of John J. Moriarty