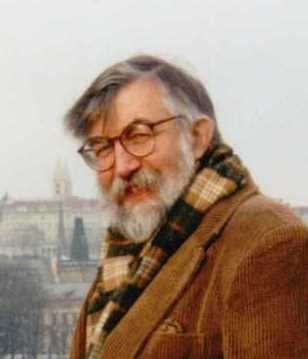 Joseph B. Walsh, age 86, of Westport, Massachusetts, passed away unexpectedly at home on Wednesday, August 30, 2017. He was the husband of Sarahann (Wilson) Walsh. In addition to his wife, he is survived by a daughter, Nina Henningson and her husband Erik of North Grafton; and two grandchildren, E. Anders and Isak Henningson. He was the brother of the late Bowman Walsh.

Born in Utica, NY, a son of the late Joseph B. and Ann (Bowman) Walsh, he grew up in New York State before moving to Massachusetts.

Joe graduated from Gloversville High School and then attended the Massachusetts Institute of Technology where he received his Bachelor of Science, a Master of Science and a Doctor of Science Degrees in Mechanical Engineering. After receiving his Doctorate in 1958, he continued his research work at MIT and other institutions. Early in his career, he was a Research Scientist at Woods Hole Oceanographic Institute where he worked on the pressure hull of the pioneering submersible Alvin. Joe joined the Earth, Atmospheric and Planetary Sciences Department at MIT in 1963, beginning a 25 year collaboration with W.F. Brace. It was a very fruitful combination: Joe did the theory and Bill the experiments. A host of graduate students and postdocs were trained under their guidance, many of whom went on to productive academic careers. Joe retired from MIT in 1986 but never stopped his research activities. He was still recently working as a Senior Scientist and Engineer for Enhanced Production Inc., as a Visiting Scholar at M.I.T. and at Brown University, as well as a consultant at various companies. Throughout his career his work often took him overseas, including serving as a Visiting Scientist for organizations such as Cambridge University in England, the University of Edinburgh, Scotland, and the South African Chamber of Mines in Johannesburg. Joe has numerous publications and recognitions. In 2007 he received the Rock Mechanics Research Award, in 2000 he was honored as a Life Fellow at the Cambridge University and in 1993 a Fellow by the American Geophysical Union.

His memorable trip around the world started with an engineering job in Stockholm, Sweden through the winter of 1959. He bought a VW bug in Germany and then drove through Europe, the Middle East, and India. He then travelled by ship to Indonesia, the Philippines, and finally to California where he used his last pennies to take a bus back to Boston. The generous hospitality he received, incredible experiences and people he met along the way shaped his adult life.

One of Joe’s true loves was rugby. He began his rugby career sophomore year at MIT. As a member of the Boston RFC he played for its first full season in 1960, was its first secretary and then was president in 1970 & 1971. Joe was a part of the committee which formed the New England Rugby Football Union in 1968. In the early 1970’s he joined the charitable organization, the US Rugby Football Foundation, became a trustee and executive, and was an active Director Emeritus until his death. He played rugby into his 40s and these tours took him to Bermuda, England, Ireland, Wales, and Scandinavia. He then continued to watch matches which included many trips overseas. He made lifelong friends and had a wealth of adventures thanks to his involvement in rugby.

Joe loved to socialize, enjoyed hosting parties, and was a member of many clubs: Algonquin Club; St. Botolph Club; East India Club, London; Acoaxet Club; and the Winslow Lewis Lodge A.F. & A.M. Equally, he enjoyed being with his family and close friends contemplating the fire or the view of the river and engaging in conversation about the world and the people in it.

His burial will be private. A celebration of life memorial gathering will be planned for the future. In lieu of flowers, please send poems, photos and memories. Memorial contributions in his honor may be made to GeoHazards International, 687 Bay Rd, Menlo Park, CA 94025, www.geohaz.org

In Memory Of Joseph Broughton Walsh