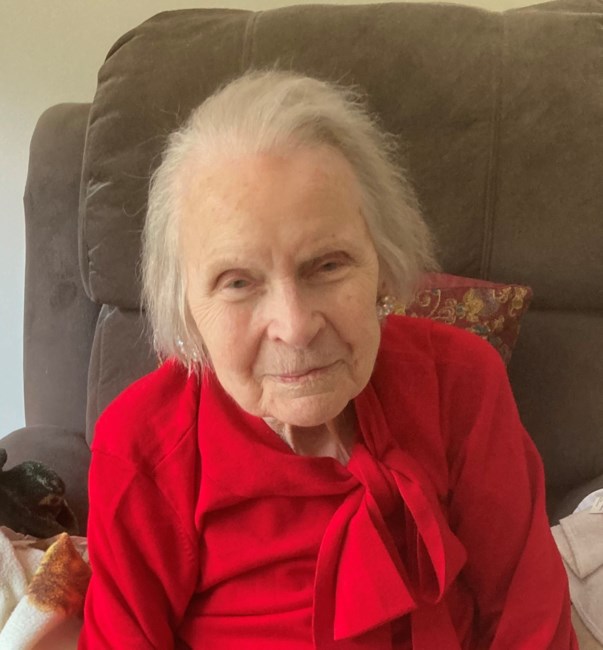 Edith E. Collins, 97, a longtime resident of McLean, passed away peacefully at Brightview Woodburn in Annandale on January 20th. Born in Brooklyn, NY and raised in Queens, in 1943 she married William O. Collins, a civil engineer, who served in the US Navy in the Pacific theater. After the war, they lived on Long Island, NY before moving to McLean in 1958 when he joined the Federal Aviation Administration. While raising her six sons, she taught with the Confraternity of Christian Doctrine at St. John the Beloved Catholic Church in McLean and later worked for many years as a food server with the Marriott Corporation at their Arlington Hot Shoppes location, and later the Key Bridge Marriott Hotel. She volunteered at the Arlington Hospital (Virginia Hospital Center) for nearly 30 years in the hospital auxiliary, assisting families of emergency room patients. Along with her late husband, she was active in the founding, of St. Athanasius Church, a local (Vienna) parish which affiliated with the Society of St. Pius X in promulgating the Tridentine (Latin) rite. Preceded in death by her son, Rev. Joseph Collins, she is survived by five others: William Collins, Jr. of McLean, the Rev. Thomas Collins of Hot Springs, Gerard Collins of Annandale, Christopher Collins of Radford and Kevin Collins of Midlothian, and six grandchildren. A Mass of Christian Burial will take place at St. John the Beloved in McLean at 1 PM on Friday, January 28th, with visitation preceding at noon. Burial will follow at National Memorial Park. In lieu of flowers, donations can be made to Miriam’s Kitchen or other local charities addressing food insecurity and homelessness.
See more See Less

In Memory Of Edith E. Collins