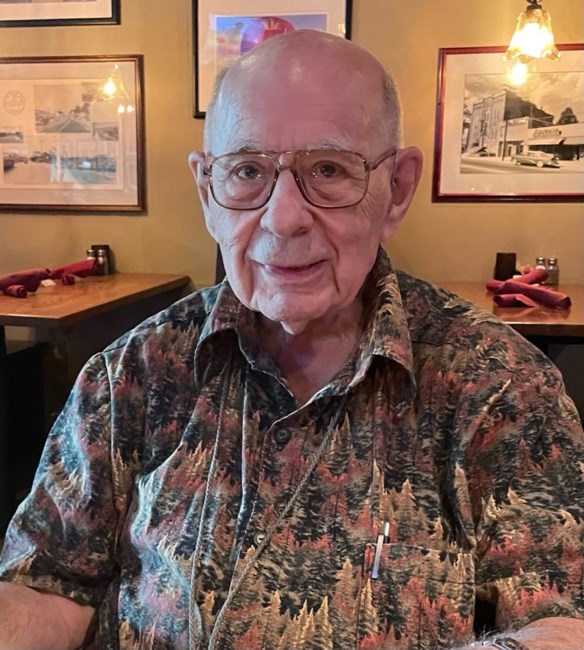 Frederick Hummel Donner of Falls Church, VA, a retired East Asia specialist, died on Aril 30th 2022 at Inova Fairfax Hospital of a heart attack. Born July 18, 1937 in Hamilton, NY, the first child of Juliet Wagner Donner and Harold L. Donner. He grew up on several farms in central NY and central PA. He did fifth and sixth grades together in a one-room country schoolhouse because he was the only one in the fifth and sixth grades. Graduating from high school in Elmira, NY in 1954, he attended the New York State College of Forestry for one year. After six years fighting forest fires for the U.S. Forest Service in the West and Alaska including two years on the “smokejumper” (parachute) crew at Missoula, MT, five years as an Air Force lieutenant took him to Taiwan and Vietnam launching an East Asia career. While seven years in Vietnam in the Air Force, as an airline manager, and as a Wycliffe Bible Translators staffer, he met his wife Beverly there, a U. S. Public Health Service nurse anesthetist officer. They married in Hong Kong and adopted their only child Susan in Vietnam. They left Vietnam in April 1975 in the closing days of South Vietnam. He was later five years a Foreign Service officer in East Asia assignments in Manila and the State Dept. and ten years a S.E. Asia intelligence analyst at the Defense Intelligence Agency. After retiring, he spent ten years part-time with Raytheon Corporation working on classified contracts. He held an undergraduate degree in East Asian studies from the University of Nebraska at Omaha and a graduate degree in the same from the University of Minnesota. His Graduate Record Exam (GRE) score qualified him for Mensa membership. In retirement he was active in the National Smokejumper Association going to national reunions and volunteer crews and writing for “Smokejumper” magazine as well as the “The Foreign Service Journal,” and “CounterPunch.” They built a second home in Minnesota on the lake where Beverly grew up and spent six months there each year for (2001+) years where he was a member of Glen Community Church. He was a member of Columbia Baptist Church in Falls Church, VA for (1982+) years and of American Legion China Post #1.Survivors include his beloved wife Beverly of (1966+) years, daughter Susan of Alexandria, VA, brother David (Lee) Donner of Ithaca, NY, sister Suzanne Donner of Latham, NY, sister Anne (Richard) Roman of Cleveland, OH, niece Tracey (Douglas) Finch and grandnephew Jacob Finch of Latham, NY. Funeral services will be on Friday, May 27th at 11 AM at Columbia Baptist Church. Inurnment will be at the Malmo Cemetery in Aitkin County, MN at a later date. In lieu of flowers, memorial gifts may be sent to Wycliffe Bible Translators, P.O. Box 628200, Orlando, FL 32832 designated for East Asia work.
See more See Less

In Memory Of Frederick Hummel Donner