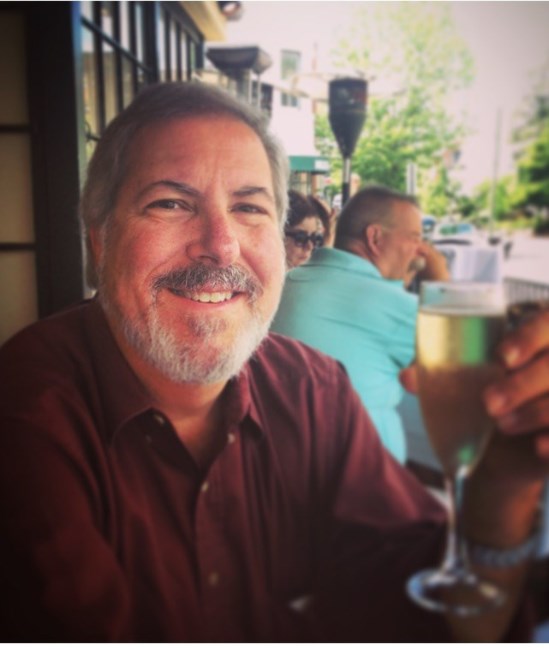 John "Jay" Christopher LaMonica was born in Rye, NY on July 23, 1955. He was pre-deceased by his parents John Anthony LaMonica, Jr. and Constance Creadore LaMonica and is survived by his sisters Lynn Black (William) and Jacquelyn Stuart (James). After a brave struggle with cancer his family surrounded him when he passed away peacefully on March 13, 2016 in McLean, VA at home. A stubborn love held together 31 years of marriage to the "prettiest girl [he] ever saw," Teresa Hanrahan LaMonica. They had four children, Robert Walter Letendre, Jr. (Aline), John Gabriel LaMonica (Leah), Anna Felicitas LaMonica (Christopher, betrothed), Laura Teresa LaMonica; 4 grandchildren, Carolynne Antonia Letendre, John Gabriel LaMonica, Jr., Theodore August LaMonica, and Eloise Josephine LaMonica; and many nieces and nephews. His love for them was stubborn too and they called him Papa Jay.

He was an award winning veteran documentary producer who reported from every corner of the globe. From Central Asia to the Middle East to southern Africa; from the secret nuclear cities of Siberia to New Orleans during Hurricane Katrina, LaMonica told stories of humanity for ABC News Nightline. In 2006 he took the legacy of journalism from that program with him to Discovery, where he produced cutting-edge documentaries with Ted Koppel on subjects as diverse as the threat from Iran, the emergence of China, the history of race relations in America, and surviving cancer.

His mother sent him to Georgetown University, a small Catholic school in Washington, DC run by Jesuits. He attended the School of Foreign Service there and in 1979 he became associated with the Center for Strategic and International Studies and served as an Adjunct Fellow. At CSIS he began working as a producer and national security consultant for ABC News. He took a Benton Fellowship in Broadcast Journalism at the University of Chicago in 1987. The awards he won during his storied career as a broadcast journalist include a legion of National Emmys, including 2 for Investigative Reporting, several DuPont-Columbia and Peabody Awards, the Global Health Council Excellence in Media Award and the Overseas Press Club Edward R. Murrow Award.

Most recently he was Executive Producer at America Tonight, Al Jazeera America’s flagship newsmagazine. He was a member of Zambia Orphans of AID (ZOA), the St. Peter Claver Society, and the Knights of Columbus in McLean, VA.

In lieu of flowers, contributions may be made to the St. Peter Claver Society and HOPE in Northern Virginia, where he was a dedicated volunteer.

In Memory Of John Christopher LaMonica