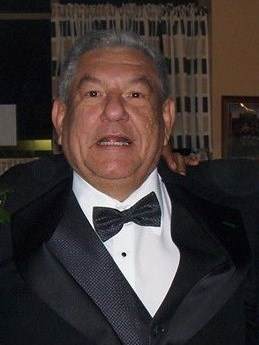 Johnny Noel Simancas Sr, 67, passed away Saturday, January 27, 2018 at Georgetown Hospital surrounded by family after a tremendous fight against Acute Myeloid Leukemia (AML). Johnny was born in Maracaibo, Venezuela on February 11, 1950. As much as this loss of Johnny pains his family and close friends, it is hard to cry a lot because Johnny lived a life always full of positive energy, laughing, joking and true joy for every moment. He was a true entrepreneur who lived and fulfilled his dreams– one would say the American Dream.

Johnny leaves a great void in his family, his close friends and all the Washington, DC Metropolitan Area Hispanic Community. He arrived in Washington, DC in 1969 at a very young age with $200 dollars and the desire to learn English. His quest to keep studying and growing took him further, he graduated from American University and became a jack of all trades. He then found that his community, growing but small at that time, the Hispanic Community, needed help. He founded Hispanos Unidos of Virginia 40 years ago and ever since he contributed greatly to the community in all aspects from the delivery of clothing and food, teaching citizenship and other vocational classes, helping with immigration processes, preparing of taxes, translations, and the most valuable assistance was the guidance on how to live and work in the United States and be a positive contributor to the new country and home the Hispanic population had come to build for their family.

Johnny will live always in every laughter, positive thought, and the hands and hearts of the thousands of people who he helped change their life. His example has inspired many to follow in his vocation of Community Service and Outreach and to always do the best for people whenever you can, to lend a helping hand because it will come back to you, either in this life or the next tenfold. This way of life is his greatest legacy.

In lieu of flowers please consider making a donation to Team in Training Leukemia and Lymphoma Society (LLS) in Johnny’s honor http://pages.teamintraining.org/ncfl/nj18/DWagner

In Memory Of Johnny Noel Simancas