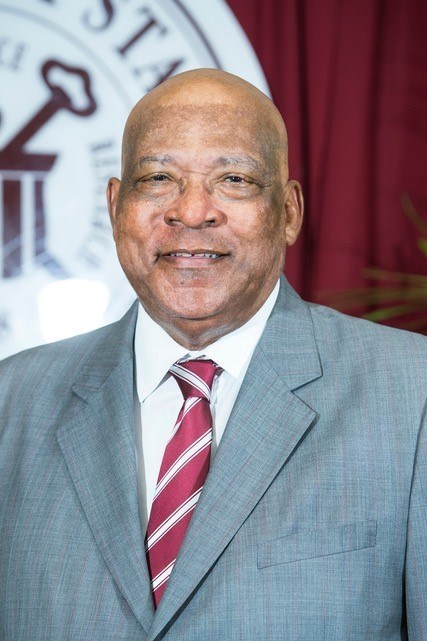 In Loving Memory of Mr. Kenneth E. Miller Patriot, father, gentleman, trusted friend, and beloved mentor, Mr. Kenneth E. Miller’s legacy of generosity, gratitude, kindness, and sage advice, did not come to an end with his death. Mr. Miller passed away on August 17, 2021, at the age of 69 in Arlington, Virginia surrounded by loved ones who will continue to honor his memory by striving “to do what is right…always”, simply because it is the right thing to do. Ken, a native of Columbus, Mississippi, entered Mississippi State University (MSU) at the age of 15 - the first member of his family to attend college and a member of the first group of African Americans admitted to MSU. He became the second African American to graduate from MSU’s Aerospace Engineering program. He later received his Master of Science in Systems Management from the University of Southern California. Ken served his country with over thirty years of civilian service to the U.S. Navy and the U.S. Air Force and retired as one of the highest-ranking civilians in the Defense Department. He was appointed to the Senior Executive Service in 1992 as the Deputy Program Executive Officer (Tactical Aircraft Programs), responsible for managing the Navy’s tactical aircraft, weapons, and systems programs. He served as NAVAIR’s Assistant Commander for Corporate Operations, where his responsibilities included coordinating and implementing Base Realignments and Closures and the relocation of NAVAIRHQ out of the National Capital area. Ken was then assigned to the Office of the Chief of Naval Operations where he served as Principal Assistant to the Director of Air Warfare and later as Assistant Deputy, Chief of Naval Operations for Warfare Requirements and Programs. His final government service position was as Special Assistant for Acquisition, Governance and Transparency, to the Secretary of the Air Force. He exemplified honor, courage, and commitment in every interaction. Ken then founded KEM and Associates and became a recognized strategist and trusted advisor to a broad range of national and international defense, security, and aerospace firms. Ken’s intellect, leadership, and anchoring quiet demeanor allowed him to work across boundaries to achieve solutions to difficult and complex issues - being the patient calm in every storm. Ken was the recipient of the Meritorious Executive Presidential Rank Award (1996 & 2001) and Nathaniel Stinson Award. He was also honored as an MSU Bagley College of Engineering Distinguished Fellow. Throughout his career, he earned the respect and admiration of peers, colleagues, and leadership in both government and industry. Ken always enjoyed sharing a compelling business or personal story, graciously elevating his friends and family over gourmet meals and fine wines, and sometimes capped off with an exquisite cigar. His passions also extended to majestic orchids, unique fountain pens, elegant time pieces, signature cufflinks, playing chess, and cheering on his beloved MSU Bulldogs. Ken is survived by his son, Kenneth Miller Jr., son, Kevin Miller and his wife Victoria Miller, his siblings, Oliver Miller and his wife Lucy Miller, Irma Dickerson and her husband Sellus Dickerson, Meller Verdell and her husband Willie Verdell, and numerous nieces and nephews. The family will receive friends from 10:00 AM to 12:00 PM and 6:00 PM to 8:00 PM Monday, August 30, 2021, at National Funeral Home located at 7482 Lee Highway, Falls Church, VA 22042. Private services will be held at the National Funeral Home and live streamed at 11:00 AM Wednesday, September 1, 2021. The private burial will be at National Memorial Park. Please join his family in remembering Ken’s legacy of mentorship, generosity, and gratitude and his unwavering commitment to supporting the future MSU black engineering leaders with a memorial donation to the MSU Kenneth E. Miller Excellence Endowment at https://bit.ly/3B59OyP
See more See Less

In Memory Of Kenneth Earl Miller