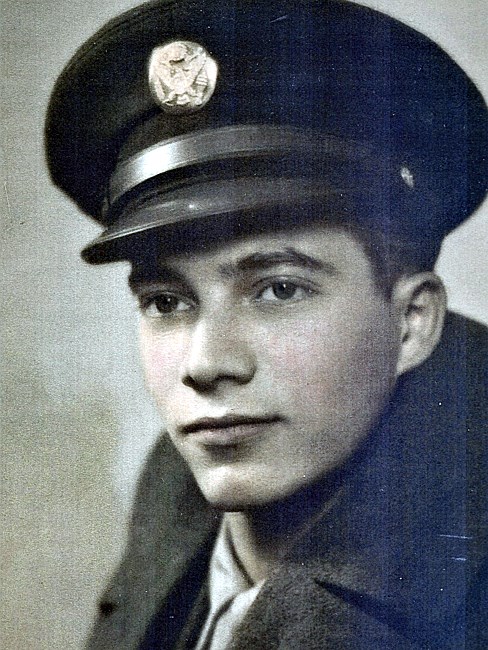 Louis was born in Philadelphia, Pennsylvania on July 23, 1922. He spent his early years in Philadelphia and then moved to Hammonton, New Jersey where he grew up with three brothers and one sister. He was a good student and he liked to improve his skills. In high school, he attended a trade school, where he learned the rudiments of Morse code, and worked throughout his high school experience.

When Louis received notice by the draft board regarding his enlistment as a soldier in World War II, his work company wanted him deferred. However, Lou told his parents that he would willingly volunteer if the army needed him. He agreed to enlist in the US Army with the ambitious mindset that he wanted to “save the world.”

He was assigned to work in the communications department copying Morse code. As a result of his ability to copy much faster than average, he was transferred to Camp Crowder as Technician 5th class. He trained for three months for an Italian Speaking Communication Center working with all forms of communication: teletype, phone, radio, and photography. A part of the 63rd Signal Battalion (5th Army), his job was to act as a liaison between the American and Italian armies, should the Italian Army decide to switch sides. Although that never happened, he served in Oman, Africa and throughout Italy, sending and receiving messages to artillery units.

He met his wife, Loredana, while he was on tour in Italy and they married in 1946. Upon his honorable discharge from the Army, he and his wife lived in Vienna, Austria, eventually moving to the United States, where he began a career with the American Foreign Service as a Staff Officer.

He and his wife lived overseas for more than twenty years, living in France, Germany, Switzerland, Egypt, and the U.S.S.R. before bringing his family back to the US to settle in Arlington, Virginia. From there, he continued his career with the Foreign Service until retirement, travelling over the world.

He was athletic, excelling in all types of sports. He was dedicated to his country and his family, filled with determination and good humor. He will be greatly missed by his family and friends.

In Memory Of Louis Anthony Giamporcaro