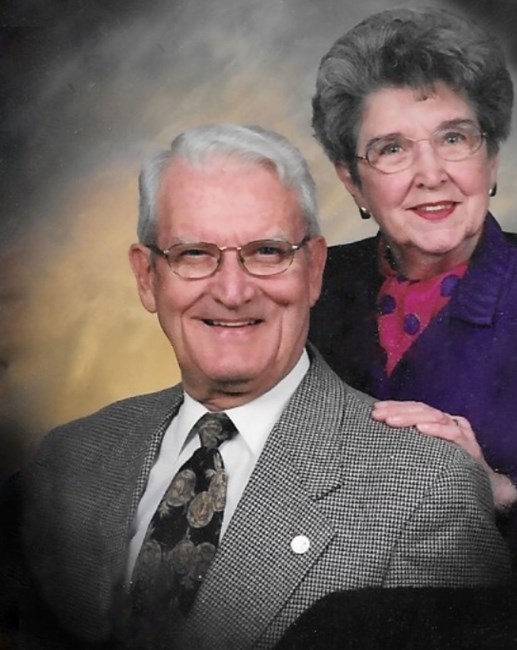 Superintendent Emeritus of Falls Church City Schools, Dr. Warren Joseph Pace, passed away peacefully in his home at the age of 92 on October 18, 2020. Dr. Pace, born on June 19, 1928, in Albemarle County, VA, was the son of John Pendleton Pace and Virginia Dillard Pace. He earned his B.A. from the University of Virginia in 1948; his M.Ed from the University of Virginia in 1954; and his D.Ed from The American University in 1969. He began his career as a high school math teacher in Charlottesville. He found his calling in school administration and served as an elementary school principal in Bristol, VA before settling in Fairfax County to become principal of Franklin Sherman Elementary and the first principal of Longfellow Intermediate schools. His success as an administrator led him to become Fairfax County Public Schools Areas 3 and 4 Administrator of Intermediate Education and Social Studies. Dr. Pace became Superintendent of Falls Church City Schools serving 20 years from 1971 until 1991. Under his tenure, the Falls Church City school system gained recognition as one of the finest in the nation. George Mason was rewarded as the top ranked high school in the country, introducing the International Baccalaureate curriculum in the early 1980s. He was honored as the National School Administrator of the Year in 1983. The advancement and development of Falls Church City Schools stand among his proudest accomplishments. Dr. Pace was a member of the George Mason University Board of Visitors, University of Virginia Alumni Association and the Virginia Education Association. He was a member of The Falls Church Episcopal from 1955 until his death, and worked with the Church from 2006 to 2014 to re-establish ownership of Church property by the Episcopal Diocese. Dr. Pace set an example of quiet strength and love that all his family seek to emulate. He was predeceased by his wife of 63 years Mary Hall Pace, for whom he had an enduring love and a partnership based on mutual support and respect. Dr. Pace is survived by daughter Mary Warren Pace Sciba (Kenneth); sons Dr. Warren Joseph Pace, Jr. (Denise) and Dr. John Hall Pace (Maria); granddaughters Deirdre, Emily, and Diana; grandsons Jeremy and Johnny; great-granddaughters Indigo and Shreya, and great-grandson Ishaan. Dr. Pace is also survived by his older brother Wesley Emory Pace of Knoxville, TN (formerly of Blacksburg, VA). Visitation will be held on Thursday, October 22, 5 p.m. to 8 p.m. at the National Funeral Home, 7482 Lee Highway, Falls Church. Funeral Service and Committal Service will be held on October 23, 2020 at 1:00 p.m. at Prize Hill Cemetery Chapel, 3291 Boonesville Rd, Free Union, VA. In lieu of flowers, the family suggests memorial contributions to The Falls Church Episcopal, or Meals on Wheels through Fairfax County Department of Family Services.
See more See Less

In Memory Of Warren J Pace