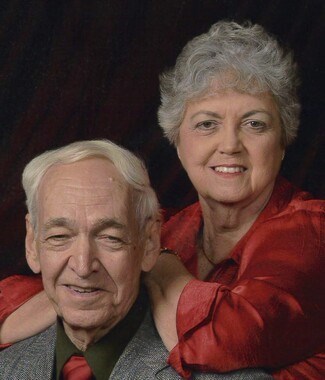 Donald Grunenberg, 85, passed away on April 29, 2022. Don was born on June 9, 1936 in Oak Hill, WV to the late Anton and Sally Grunenberg. Don attended Collins High School in Oak Hill, WV. He went on to serve in the United States Air force from 1954 to 1958. Don was stationed at Dow Air force Base in Bangor, Maine and served as an aircraft electrician. After the Air force, Don went to become a journeymen in welding, sheet metal fabrication and layout. In September of 1961 Don married the love of his life Nancy and they had three children. From 1963 to 1969 he was a foreman at FMC Railcar. After his time working at FMC he went on to sell insurance for New York Life Insurance in Charleston, WV. In 1969 Don decided to get back into the manufacturing field and moved to Cuyahoga Falls, OH and worked at Terex in the Earthmoving Equipment Division of G.M. Don continued working for G.M. until his retirement in 1996, where he retired from Chevrolet of Parma Engineering. In his retirement he worked closely with the Oak Hill city council, Don initiated and helped in organizing and planning of the Development of the "White Oak Rail Trail". That has been enjoyed by the residents of Oak Hill and surrounding areas. Don was a member of the First Baptist Church in Tallmadge, OH. He is preceded in death by his wife of 59 years, Nancy; brother, William R. Grunenberg; and sister, Margaret Grunenberg- Lattanzi. Left to cherish his memory son, Steven Grunenberg; daughters, Theresa (David) Armstrong and Stephanie Grunenberg; grandsons, Joshua and Andrew Grunenberg; and great-grandson, Owen Grunenberg; and sister, Mildred Grunenberg- Ball. The funeral service will be held at 12pm on Friday, May 13, 2022 at Dodd-Payne-Hess Funeral Home, 350 W Maple Ave., Fayetteville, WV 25840. The family will receive friends one hour prior to the service from 11am to 12pm. Entombment will be at High Lawn Memorial Park and Mausoleum, Oak Hill, WV. In lieu of flowers memorials may be made to The White Oak Rail Trail, Post Office Box 1245 Oak Hill, West Virginia. Those wishing to express their condolences may do so by visiting the funeral home website at www.doddpaynehessfuneralhome.com
See more See Less

In Memory Of Donald Lee Grunenburg