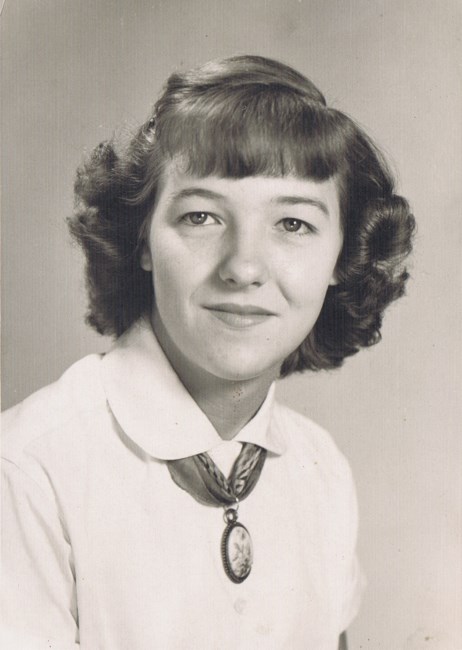 Patsy Ruth O’Dell Gray was born in the small coal town of Boomer, West Virginia on 29 March, 1937 at the end of the Great Depression. Boomer is located on the north bank of the Kanawha River, 2 miles southeast of Smithers. Patsy often teased that she was born on a slag pile overlooking the Kanawha River. She was the 4th daughter born to Paul Edward O’Dell of Fowlers Knob, West Virginia and Aultie Elizabeth Fox of Beury, West Virginia along the New River Gorge. At the time of her passing, she had two older sisters who preceded her in death: Lois Evelyn O’Dell Moran of Charleston, WV and Bonnie Jean O’Dell Pierce, of Pratt, WV. She is survived by an older sister, Elizabeth “Betty” O’Dell Boley of McAlpin, FL and her little brother James “Sam” Edward O’Dell and wife Barbara J. O’Dell of Fayetteville, WV. Patsy O’Dell grew up along the Kanawha River Valley. Sometime in the late 1940’s Paul O’Dell moved his family to Youngstown, WV, also known as Beckwith, where Patsy and her siblings grew up and attended Elementary and High Schools. She is a 1956 Graduate of the Fayetteville High School. After graduation, in 1957 at the end of the Korean Conflict Patsy was compelled to join the Women's Army Auxiliary Corps also known as the WAC’s. She served honorably in Washington, DC working in the Pentagon with the Inspector General Office. After leaving the Army, she moved back to West Virginia, where she met and married the love of her life, Alexander M. Gray II. In 1972, she graduated “Magna Cum Laude” from Ohio State University with a Bachelor of Science in Business Administration. In 1976, she was hired by Benson Miller Vice President of Sergeant & Greenleaf Lock Company, as a Corporate Secretary. Benson quickly Realized her potential and promoted her into several key positions. By the end of her career with S&G in 2009, she had advanced to the position of Corporate Credit Manager and International Sales and Shipping Manager. Patsy Ruth O’Dell Gray is survived by her husband Alexander M. Gray II, three sons Frank E. Gray and his wife Cecilia R. Gray; Steven G. Gray and wife Gina D. Gray; and Brian P. Gray; She is also survived by her brothers-in-law Stewart “Skip” R. Gray and wife Nancy Pat Gray and Gregory M. Gray. She has three grandchildren, Kellye N. Gray, Alexandria C. Gray and Gavin E. Gray and one Great Grandchild Kailynn M. Johnson. Patsy Gray is also survived by 11 Nieces and Nephews. Kathryn Elizabeth Moran Rogers, Kenneth Ray Walker, Wayne A. Boley, Debbie Sue Pierce Thomas, Roger Dale Pierce, Kimberly E. O’Dell Toney, Jennifer R. O’Dell, Stewart R. Gray Jr., Kimberly Ann Gray, Mark A. Gray, and several Great Grand Nieces and Nephews.

In Memory Of Patsy Gray