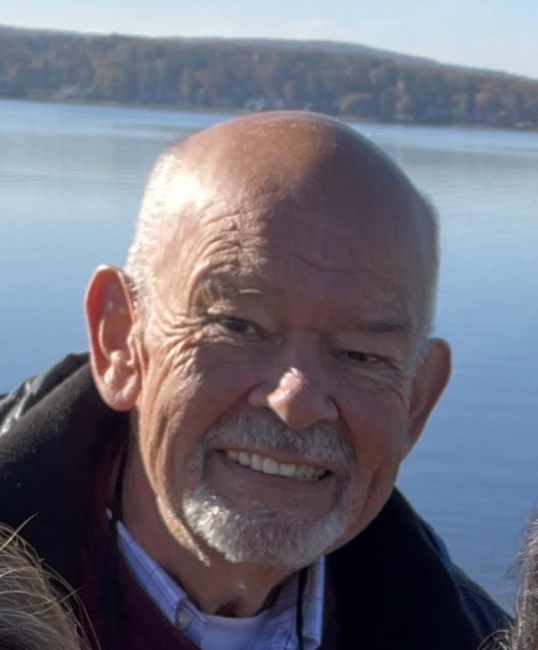 Roger V. Davis, age 76, of Harrison, New York passed away on Sunday, January 15, 2023. Roger was born and raised with his brother, Bernard (Marlen), in Jolly Olde England by his loving parents, Kenneth and Muriel. As a young boy, Roger made the bold decision to enroll in a cooking class and found his true passion. From there, he went on to culinary school and landed a job working as a chef on the Cunard Line ships allowing him visits to many exotic ports. On one particular stop in NYC, Roger met his future wife, Eileen (deceased). Together, they raised their three daughters, Sarah (Adam), Therese, and Heather (Eric) in Jackson Heights, Queens. Although his professional career path diverted from the culinary arts, Roger remained in the kitchen for all those near and dear. The family chef, he was known for his Sunday brunch, banana bread, Cottage Pie, special occasion cakes, and fully trimmed Thanksgiving dinners. Roger enjoyed gardening, Radio Shack trips, classic rock, Lionel trains, and family vacations. On most mornings, Roger could be found reading the newspaper with a warm cup of tea on the stoop sharing jokes with neighbors. He is the cherished Pop Pop to Dylan, Ronan, Hannah, and Samantha and uncle to Ryan (Kat), Mark (Kelly), and Tim (Katie). Roger will be dearly missed by many friends and family. A visitation for Roger will be held on Friday January 20, 2023 from 2pm - 4pm and 6pm - 8pm at Frederick Funeral Home 192-15 Northern Blvd Flushing, NY 11238. Fond memories and expressions of sympathy may be shared at www.frederick-fh.com for the Davis family.
See more See Less

In Memory Of Roger V. Davis