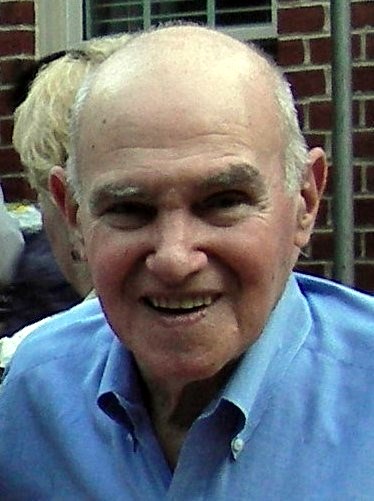 Robert Gomer passed away at Lenox Hill Hospital on Tuesday January 23rd surrounded by his family and friends. He was 94 years old. Born in Brooklyn New York on August 17, 1928, Bob remained a resident of the city he loved for most of his life. A Navy veteran, he served in the Pacific during World War II and returned to the city where he ran a successful window treatment business for over three decades. Upon retirement he moved to Manhattan with his wife Evelyn where he was an avid bridge player. A patron of the arts, Bob loved the theater and enjoyed traveling to attend shows and events with Evelyn and his children Andy who is married to Donna Briggs, and Sue, who is married to Steve Douthat. He also is survived by a beautiful granddaughter Ilani Douthat and an adorable grand dog Chloe, as well as a host of family and friends. Bob will greatly be missed for his sense of humor and concern for others. Respects can be paid during his funeral at the Schwartz Brothers Jeffer Memorial Chapels on Wednesday Jan 25, 2023, and graveside services will be held at Old Montefiore Cemetery, in Springfield Gardens, Queens, New York. Donations in lieu of flowers should be made in memory of Bob Gomer to The American Jewish Joint Distribution Committee at https://donate.jdc.org
See more See Less

In Memory Of Robert Gomer