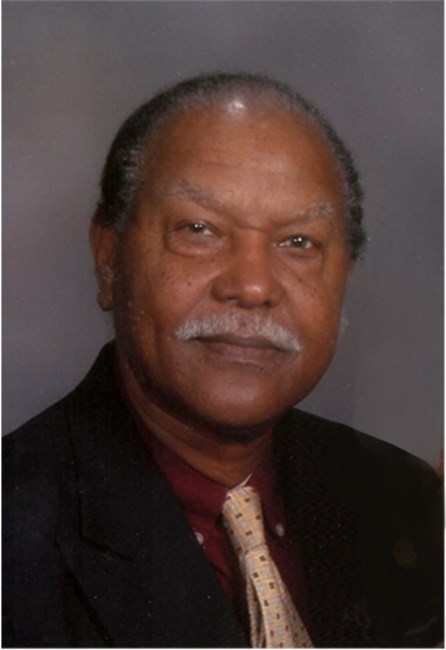 The Reverend Doctor Alford W. Alphonse served the Methodist Church faithfully for over forty years in a career that spanned three continents, dozens of local churches and international leadership assignments. He peacefully transitioned to his Lord on October 8, 2022 after an illustrious career as church leader, teacher, counsellor and advocate. A lover of people and languages, Dr. Alphonse was born in Bocas Del Toro, Panama to Reverend Dr. and Mrs. Ephraim Alphonse, missionary pioneers with unflagging allegiance to the community. He embraced mission-driven work wholeheartedly. Alford, one of 11 siblings, adopted the idea of a world community of believers as his personal mandate; he celebrated the beneficence of an all-loving creator who took personal interest in the spiritual and economic wellbeing of each human being. He honored life on earth as the sacred expression of the Divine Will. He saw his role as pastor-leader as an expression of God’s caring ministry. Dr. Alphonse began his academic life as a student at Beckford and Smith (later St. Jago) in Jamaica when his family was stationed in St. Catherine. He later attended Union Theological Seminary where he met numerous life-long friends, including Reverend Rudolph Garnes, a neighbor in his later years, and Reverend Keith Rae, later a colleague at the Board of Global Ministries. An avid student of Greek and Hebrew, he later earned a Diploma in Theology from University of London, a Master’s degree in Theology from Northwestern University (Garrett Theological Seminary), and his Doctorate from Boston University. A tireless student, Dr. Alphonse studied French and the harp in his golden years. He could never get enough of life and learning. Throughout his lengthy and celebrated career, he served as leader, notably as Chairman of the Panama Costa-Rica District of the Methodist Church, Secretary for Latin America at the Board of Global Ministries, and as District Superintendent for the New England Conference of the United Methodist Church. Over the course of his career, he pastored churches in the United Kingdom (Selly Oaks in Birmingham, serving as an ambassador for West Indian immigrants), Jamaica, (Linstead, Ewarton, Maypen, Coke, Lyndhurst), and the United States (Greenwood Memorial Methodist in Boston, Whitman UMC and a constellation of churches in and around Worcester, MA as their District Superintendent). In retirement, he ministered to many under the auspices of VITAS, as Chaplain, and the congregations at New Horizon, Merrell and Norlands. His message of the Gospel’s critical link to social justice made him many life-long friends. He mentored and inspired the next generation of servant-leaders with his scholarly exegesis, infectious sense of humor, shrewd political analysis, and genuine good will. He was especially gifted at explaining esoteric portions of the Bible, including Revelations, so that people could understand the message and be guided by it. An avid reader, he loved to play scrabble, fish and watch international cricket, tennis and boxing. He published “Not Without Honor,” an analytical overview of the meaning of the Obama presidency, and he updated this just prior to his departure. He will be missed by his life-long companion and partner, Hope Elaine Alphonse nee Brodie, who has supported his ministry with her equally fervent dedication to community, quiet wisdom, love of learning and commitment to family, friends and congregations across the globe. He loved his children (Karen, Maureen (Jean-Bernard), Yvette, Frantz (Maria), and Philip (Rene) deeply. He had words of wisdom for his grandchildren Ivy (Jared), Alexander, Isabelle, Zoe, Quincy, Grace, Ari, Ilan, and great-grandson (Wesley). He also leaves his sole surviving sibling, Lilia Maria Alphonse Francis of Minas Gerais, Brazil, nieces, nephews, grandnieces, grandnephews and cousins. His neighbors in Miramar will miss their beloved “Pops,” his plot of roses, his smile and words of encouragement for everyone. Special thanks to Mrs. Muriel Charles-Harris, Kristin, and Veronica who assisted him dearly during his final days. Travel well, travel safely and travel in love. You lived a life of completion and witness. You have been a gift to all of us. We will miss our patriarch, padre, torch-bearer, Tio, Uncle and Abuelo. We are comforted by the knowledge that your Beloved Lord will embrace you warmly. In lieu of flowers, donations can be made to the Youth Ministries at Merrell United Methodist Church, 3900 FL-7, Lauderdale Lakes, FL 33319. Phone: (954) 731-2323. Fond memories and expressions of sympathy may be shared at www.forestlawnsouth.com for the Alphonse family.
See more See Less

In Memory Of Alford Alphonse