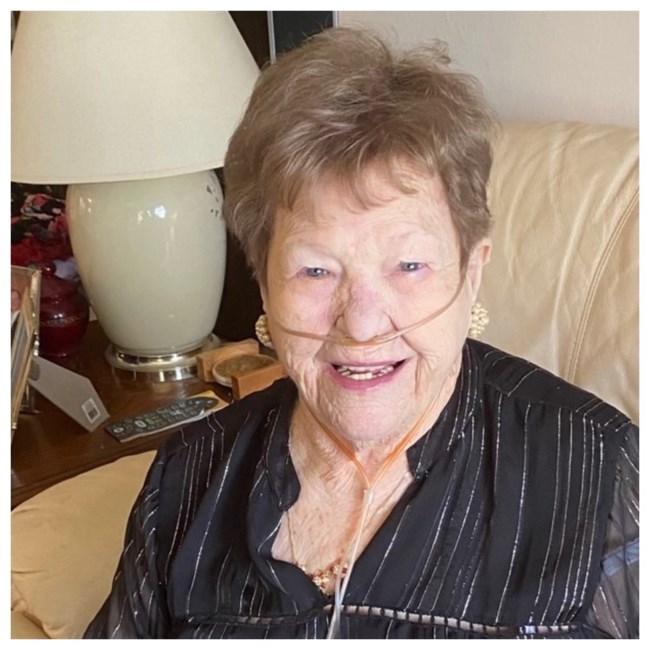 On Wednesday, August 3, 2022, Rosalia “Rosalie” (Saenz) Hall passed away at the age of 91. She was born on June 6, 1931, in Nederland, Texas, to Rosalio and Mamie (Foote) Saenz. On April 14, 1949, Rosalie married Harry Benson Hall in Salinas, California. They raised three children, Teralee “Terrie”, Harry Jr and Linda. After Rosalie’s husband passed away in 1967, she and her children moved to Fort Lauderdale, Florida, where she resided until her death. Rosalie was an energetic and loving mother as her children grew up. After being widowed, she relied on God to help her through difficult times. As the years passed by, Rosalie loved to be surrounded by family. She also loved to walk to church and the mall, but was often approached by homeless people begging for money. Rosalie had a lot of compassion for people and was very generous. As such, she would give them money or take them to the mall for a meal. Rosalie’s generous spirit also extended to the Catholic church, whom she consistently gave to. Her strong faith in God gave her an inner strength that was remarkable and apparent through her battle with multiple medical conditions. At the end, she bravely walked into the open arms of God. Rosalie was preceded in death by her husband, Harry; parents, Rosalio and Mamie; her two sisters, Matilda (Saenz) Garcia and Paula (Saenz) Valle; her sister-in-law, Katherine “Kitty” Hall (Barr) and brother-in-law, Leroy “Roy” Hall. Rosalie is survived by her three children, Terrie (Hall) Arciola, Harry Hall Jr (Sandy) and Linda (Hall) Kaufman; her seven grandchildren, Michael Arciola Jr (Weslee), Christine (Arciola) Beining (Steve), Jennifer Hall, Harry Hall III, James Hall, Kyle Kaufman, Blake Kaufman; her five great-grandchildren, Michael Arciola III, Brian Arciola, Julia Arciola, Emma Arciola, Cara Beining; and many other loving relatives. A private funeral mass will be held on Friday, August 19, 2022. Since Rosalie was married to a WWII veteran, she will be interred at the South Florida National Cemetery in Lake Worth, Florida. In lieu of flowers, donations may be sent to the American Lung Association, in memory of Rosalie.
See more See Less

In Memory Of Rosalia Hall