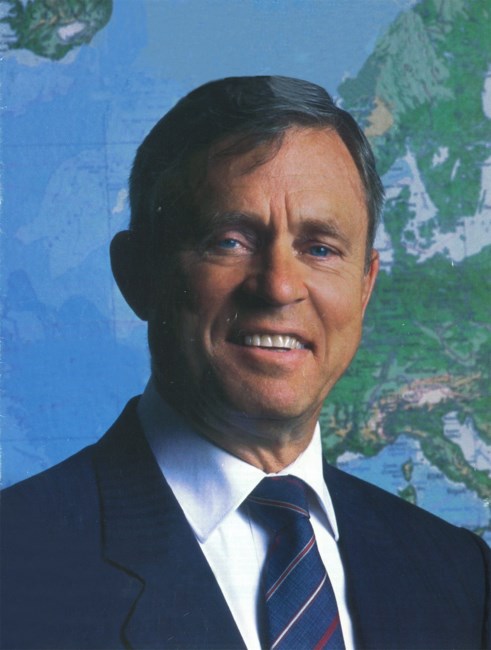 "So that you may live a life worthy of the Lord and please him in every way: bearing fruit in every good work, growing in the knowledge of God." (Colossians 1:10) [Dave’s life verse, chosen when he was a boy.] David Morris Howard was born in Philadelphia to Philip E. Howard, Jr. and Katharine Gillingham Howard on January 28, 1928. He was the third of six children, all of whom ended up in Christian ministry as missionaries, pastors, or teachers. His father was the editor of The Sunday School Times in Philadelphia, and Dave spent most of his childhood in Moorestown, New Jersey, not far from Philadelphia. He responded to the Gospel call at age ten under the preaching of Rev. Erwin Moon, giving his life to Christ on April 28, 1938, a date he referred to as the most important date of his life. Dave attended Wheaton College (Illinois), majoring in Bible and Theology, and graduated with the renowned Class of ’49. He met Phyllis Gibson at Wheaton, and they dated off and on, but were not engaged until September 1949. They were married in Wheaton on July 1, 1950. Dave then completed a Master’s degree in New Testament at Wheaton under Dr. Merrill Tenney in 1952. Dave and Phyllis served in San José, Costa Rica, under the Latin America Mission from 1953 to 1957. After language school, Dave taught at the mission’s Seminario Bíblico Latinoamericano and eventually was named as an Assistant General Director of the mission. In 1958, Dave was asked to direct the mission’s work in northern Colombia, so they moved to Cartagena, Colombia, where they served until 1967. Dave and Phyllis moved to Wheaton, Illinois, where Dave served as Missions Director of InterVarsity Christian Fellowship, 1968-78, first in Chicago and then in Madison, Wisconsin, during which time he also directed IVCF’s triennial Urbana Missionary Convention (1973, 1976). Following this, Dave was asked to direct the Lausanne Congress’ Consultation on World Evangelization in Pattaya, Thailand (1978-81). Dave then served as the General Secretary of the World Evangelical Fellowship in 1982-92, during which time he moved its headquarters to Singapore, where he and Phyllis lived for five years. After a semi-retirement in 1992-95 in Illinois, they moved to South Florida, where Dave served as President of the Latin America Mission for a time and kept up a ministry of teaching, preaching, and writing. Dave was awarded Wheaton College’s Distinguished Alumnus of the Year award in 1977 and also received honorary doctorates from Geneva College and Taylor University. He was the author of ten books, mostly on missions topics. In June 2003, Dave and Phyllis moved into the Shell Point Retirement Community, where Phyllis passed away peacefully three months later. In August 2005, he and Janet King Kuhns were married, and she has been a great gift to him these past 16+ years together at Shell Point. Dave is survived by his wife Janet, four children (David Jr., Stephen, Elisabeth [Miller], Michael), 13 grandchildren, 13 great-grandchildren, and a brother, James. In lieu of flowers, gifts are preferred to the David M. Howard Memorial Scholarship at Wheaton College. Please send them to the attention of Dr. Kirk Farney, Vice President Wheaton College 501 College Avenue Wheaton, IL 60187
See more See Less

In Memory Of David Morris HOWARD