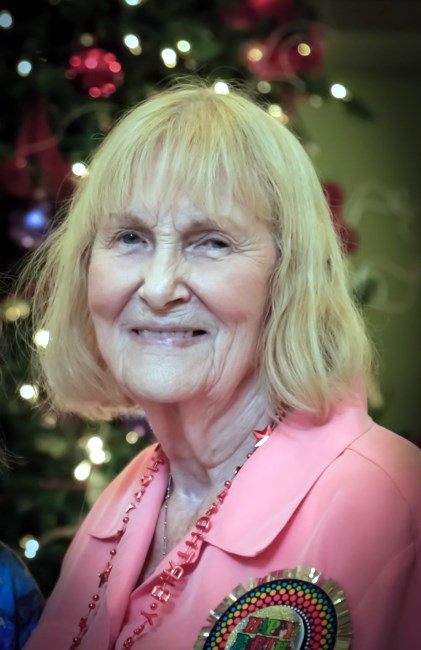 Barbara A. Jackson, 84, passed away peacefully on July 19, 2018. Barbara was born on January 5, 1934, in Rockford, Illinois. Shortly after completing her schooling, she began her career as a flight attendant for Braniff Airlines, where she served passengers with her beautiful smile and warm personality (even President Truman would ask specifically for her on his flights). In 1957, Barbara married Robert C. Jackson in Rockford, Illinois. In 1958, Barbara became a mother when the joy of her life, Lauri, was born. In 1960, her son Jon, the pride of her life, was born. In 1968, Barbara moved to Ft. Pierce, Florida where her family lived. While in Ft. Pierce, she worked in the medical field as a phlebotomist, owned a dog grooming shop, worked for FP&L and the U.S. Post Office. She also enjoyed her job at the Shopper and loved living in the same building as she worked so she could be close to her children when they arrived home from school. She cared for her grandparents and parents as they ended their journey here on earth. After retiring, she and her cousin Kathy migrated north to Palm Bay, Melbourne, Deltona and Debary. Nearly everyone that met Barbara was drawn to her warm heart. She always managed to see the good in everyone. Everyone knew Barbara's proudest achievement in life was being a mom and grandmother. She loved her children and grandchildren unconditionally and her happiest moments were those shared with them. Second to her love of her family was her love for all animals. Barbara's many, many animals were family to her and she loved them as unconditionally as her children and grandchildren. Barbara is survived by her daughter Lauri (Don) Davenport of Lake Mary, Florida; son Jon (Claudia) Jackson of Fort Pierce, Florida; grandchildren Adam Davenport, Ben Davenport, Andrew (Katelyn) Davenport, and Tori Jackson; nephew Allen (Kiy) Abrahamson and their daughters Tealia and Leelu, cousin Kathy Nelson, cousin Maureen Pierson and her daughters Laura and Rachel. Barbara was preceded in death by her parents Geraldine and George Abrahamson, her grandparents Harry and Louise Tuttle, her brother Dale Abrahamson, sister-in-law Billie Sue Abrahamson, and cousin Donna Bennyhoff. Barbara’s funeral service will be held on Friday, July 27, 2018 at 12:30 pm at Aycock Funeral Home, 6026 North US Highway 1, Fort Pierce, Florida. Viewing will be held at 11:30 am preceding the funeral service. Burial to follow at Hillcrest Memorial Gardens. As an expression of sympathy, memorial contributions may be made to the ASPCA (aspca.org) in memory of Barbara Jackson (email recipient: lauridavenport13@gmail.com)
See more See Less

In Memory Of Barbara A Jackson