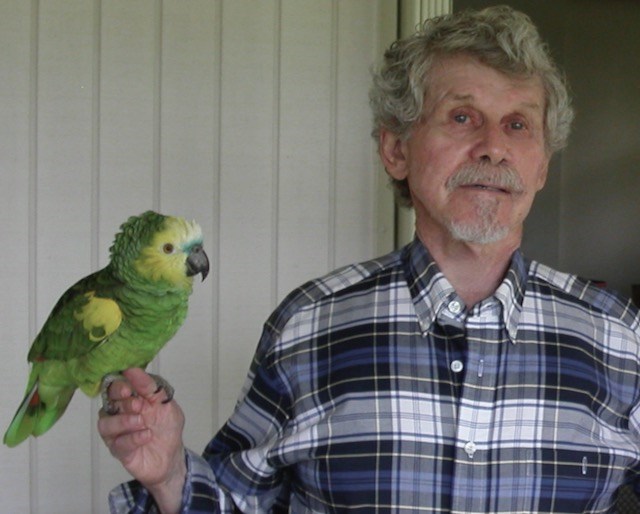 Stanley Harold Greene passed away at home on July 26, 2022 at the age of 87. Born in the Bronx, New York City, to Jack Greene of Russian birth and Rose Levy Greene, a native New Yorker. The family included brother Stuart, beloved Hungarian grandparents Ben and Matilda Levy and their African Grey parrot. After a move to Miami and careful work in high school, Stan was extremely grateful to be awarded a year’s scholarship at the University of Miami. Accepted the following year to the University of Florida’s School of Architecture, he completed his studies with honors in 1957. Stan worked for several architects while awaiting his license to practice, then he opened his first office in Miami. He and former wife Pat married and had a son, Joseph and daughter, Esther. An opportunity led to a family move to New York. In the next 10 years he worked for Eastern Airlines, the State of N.Y. and the N.Y. City Department of City Planning. Stan later left to travel, drawing and painting his way around the world. Learning of his mother’s illness he returned to be with his family. He reopened his architectural practice and settled in Coconut Grove developing well appreciated residential and commercial designs. It was there that he met and married his true love, Dotty. Years of boating in the Keys and in the Bahamas fit well with working in Florida and traveling with their long-lived Coco, an Amazon Blue Front parrot. With a wish for a quieter way of life, a move to Ft. Pierce in 2003 allowed for closer visits with family, plus more drawing and painting. Stan will be lovingly remembered by Dotty, his wife of 44 years, children Joseph Greene, Esther Greene, grandchildren Joshua and Alex Goins, sister-in-law Rita Pedersen, cousin Benjamin Singer, as well as extended family and loyal friends. Stan was predeceased by his parents, grandparents and brother. A graveside service for Stanley will be held Sunday, July 31, 2022 from 12:00 PM to 12:30 PM at Hillcrest Memorial Gardens, 6026 North Us Highway 1, Fort Pierce, FL 34946. Fond memories and expressions of sympathy may be shared at www.aycock-hillcrest.com for the Greene family.
See more See Less

In Memory Of Stanley Harold Greene