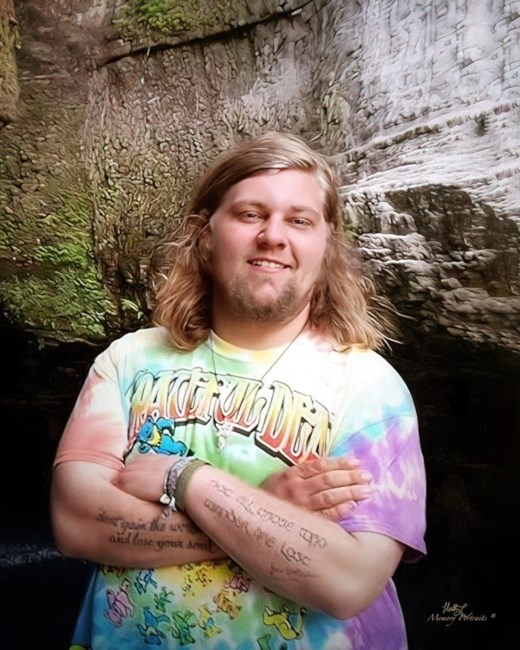 Jeffrey Garrett Clark, 28, of Fort Smith, passed away on Monday, January 16, 2023. He was born on May 14, 1994 in Fort Smith, Arkansas. Garrett, as he was known to his family and friends, had an artistic mind and loved all things creative. He was an avid lover of music, a gifted poet and songwriter, a guitar enthusiast, a wannabe vocalist, a J.R.R. Tolkien fanatic, an empath who loved people and making them laugh, and loved by everyone gifted with his presence. He was a bright light in a dark world. He was a detailer for Breeden Dodge for many years and recently started working at RVR in Fort Smith. Garrett was a lifelong member of Harvest Time Church in Fort Smith. Visitation will be from 5:00 PM - 7:00 PM Monday, January 23, 2023 at Edwards Funeral Home. Funeral Services will be 2:00 PM Tuesday, January 24, 2023 at Harvest Time Church with burial to follow at White Bluff Cemetery. Arrangements are under the direction of Edwards Funeral Home of Fort Smith. He is survived by his mother, Kara Clark of Alexander, AR and his father, Bert Clark (Stephanie Reed) of Roland, OK; a sister, MacKenzie Reed of Roland; three brothers, Elijah Clark of Alexander, AR, Trenton Ross and Connar O’Grady, both of Roland; grandmothers, Rosemarie “Cookie” Lazzeri Green and Patty Plummer, both of Fort Smith; four aunts, Kassie Hicks and Kelly Jones (James Pierce), both of Rock Island, OK, Lisa Stringer of Cedarville and Karen Petrucci (Jeff) of Greenwood; two uncles, John Paul Gooch and Brad Martin, both of Fort Smith. Pallbearers will be Bert Clark, Elijah Clark, Christopher Jones, John Gooch, Brad Martin, James Pierce, Chase Williams, and Westin Bartlett. Memorial contributions may be made to Bost Inc, 5812 Remington Circle, Fort Smith, AR 72903 or go to www.bost.org
See more See Less

In Memory Of Garrett Clark