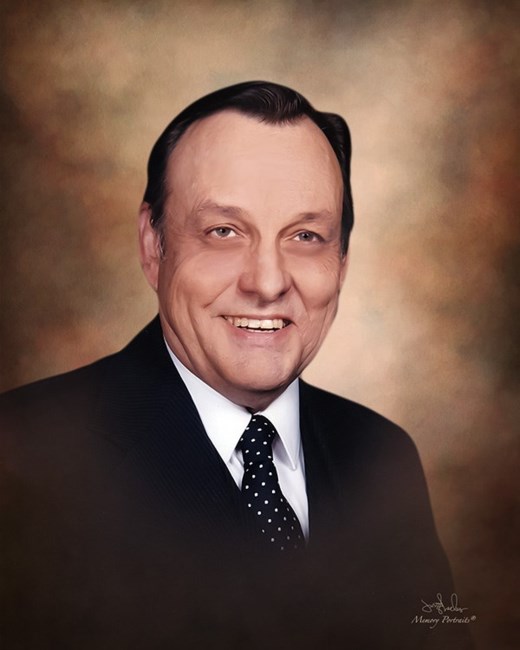 James Patterson Foster, 94, of Fort Smith, Arkansas, passed away Friday, July 29, 2022. He was born January 14, 1928 in Fort Smith to Arthur E. and Jamie Patterson Foster. James attended school in Fort Smith and graduated from the University of Arkansas with a degree in Business Administration and Finance in 1949. James spent 35 years in the Air National Guard and was a founding member of the 184th Reconnaissance Squadron of the Arkansas Air National Guard which went on to become the 188th Air National Guard. James married Wanda Ann Rogers in 1949 and this September would have been married 73 years. James retired from First Federal Saving and Loan. In his retirement he enjoyed being with his wife, playing his clarinet in the Community Band of Western Arkansas and working with Habitat For Humanity. He also enjoyed working with stain glass, planting flowers, and making a vegetable garden. He was able to share these interests with his grandchildren. He enjoyed going to church and the Chapel Class at First United Methodist Church. He is preceded in death by his parents, and his sister, JoAnn Foster Caruthers. James, also called Jimmy, is survived by his wife, Wanda Ann; a daughter, Jane Foster Stauffer and husband John R. Stauffer of Fort Smith; a son, John Patterson Foster and his wife Debbie Patton Foster; three grandchildren who loved their Papa, Kelli Stauffer Gordon and husband Clayton Gordon of Conway, Arkansas; Tracie Stauffer Nutter and husband Joseph Nutter of Murphy, Texas; and Whitney Foster Upchurch and her husband Patrick Upchurch of Fayetteville, Arkansas. Jimmy and Wanda have 5 great-grandchildren: Hannah Gordon, Elizabeth Gordon, James Clayton Gordon, Elinore Nutter, and Warren John Upchurch. Viewing will be Monday, August 1, from 10:00 A.M. to 5:00 P.M. at Edwards Funeral Home. There will be a private family interment on Tuesday, August 2, at Forest Park Cemetery. A memorial service will follow at at 3:30 p.m. at First United Methodist Church in Roebuck Chapel. Memorials can be made to First United Methodist Church’s Mission Projects, 200 North 15th Street, Fort Smith, Arkansas 72901.
See more See Less

In Memory Of James P. Foster