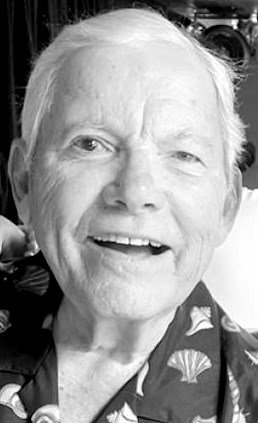 Bruce Bone, 85, passed away peacefully on Wednesday, July 27, 2022, at his home. He was born August 1, 1936, in Albany, New York, to the late Irwin and Francis (Ives) Bone. Bruce was a Staffing Industry Pioneer and the retired Chairman of Time Services and Bone Personnel. He served in the Army Reserves and many local and national boards, including Youth For Christ, Junior Achievement, Parkview Foundation, Embassy Theatre Foundation, Civic Theater, Fort Wayne Airport Authority, Fort Wayne Jaycees, The Rescue Mission of Fort Wayne, Salvation Army, Ducks Unlimited, and Rotary International, where he was honored as a Paul Harris Fellow by the Downtown Rotary. He also served as President of the National Technical Services Association (NTSA), the Antique Classic Boat Society (ACBS) National Board, and The Old Fort Model A Club. He was a 50+ year Mason (Summit City Lodge), Scottish Rite, and Fort Wayne Mizpah Shriner where he served as a Flying Shriner and performed in the Mizpah Shrine Band. He was an accomplished tubist and a past member of the Fort Wayne Symphony (Philharmonic). He was a member of the New Horizons Polka Band, Fort Wayne Community Band, Venice Symphony Band, and the Indiana University Marching 100 Alumni Band. Bruce was an avid multi-engine IFR, commercial and seaplane rated pilot, logging over 10,000 hours flight time. He was passionate about his classic cars and antique boats and received the highest national distinctions possible for his many restorations. Bruce is survived by daughters, Kathy B. Rogers (Paul Sauerteig) of Fort Wayne, and Kimberly S. Didion of Fort Wayne; son, Bruce A. Bone of Paw Paw, MI; eight grandchildren; and four great-grandchildren. He was preceded in death by his wife of 61 years, A. Suzanne "Sue" Bone; brother, Richard I. Bone; and parents, Irwin D. and Francis "Fran" Bone. A memorial service to honor Bruce's life will be held at 11:00 am on Friday, August 5, 2022, at The Chapel, 2504 W. Hamilton Road S., Fort Wayne, with visitation beginning at 9:00 am, until time of service. Arrangements entrusted to D.O. McComb & Sons Lakeside Park Funeral Home. Memorial donations in his honor may be directed to Youth For Christ, Fort Wayne, Stillwater Hospice IN, or to a charity of the donor's choice. Fond memories and expressions of sympathy for Bruce's family may be shared at www.McCombandSons.com. "Our most sincere and heartfelt thanks to our family caregiver, Ms. Linda LaPorta, for her many years of tireless and loving care with both Mom and Dad."
See more See Less

In Memory Of Bruce Bone