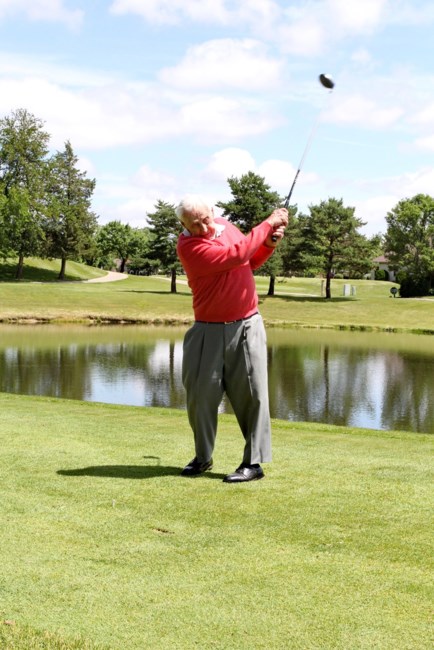 Eugene Day, born March 24, 1929 in Fort Wayne, Indiana, passed away peacefully at his home on Thursday, September 15, 2022, at the age of 93. He was the son of Luella & Blanchard Day Sr. Eugene worked on the Pennsylvania Railroad before launching a series of successful contract cleaning businesses. He was an avid and proficient golfer, with five documented “holes in one" in his lifetime. He married twice, first to Marian Jeanine (Diemer) Day, and then to Peggy (Showalter Hodson) Day. He is survived by Roderick and Shonnee Day, Terry and Dianne Manning, Robert and Curtis Davia, and Ryan and Julie Day, from his first marriage, and Pam and Keith Coryel, Michael Hunt, Steve and Sandy Hunt, and Susan Angelmeyer, from his second marriage. There will be no viewing. The details of a memorial service to honor Eugene's life and legacy will be provided at a later date. Arrangements by D.O. McComb & Sons Lakeside Park Funeral Home, 1140 Lake Avenue, Fort Wayne, IN. In lieu of flowers, donations in his name can be sent to the Fort Wayne League for the Blind, 5821 S. Anthony Blvd., Fort Wayne, IN 46816. Fond memories and expressions of sympathy for Eugene's family may be shared at www.McCombandSons.com.
See more See Less

In Memory Of Eugene Day