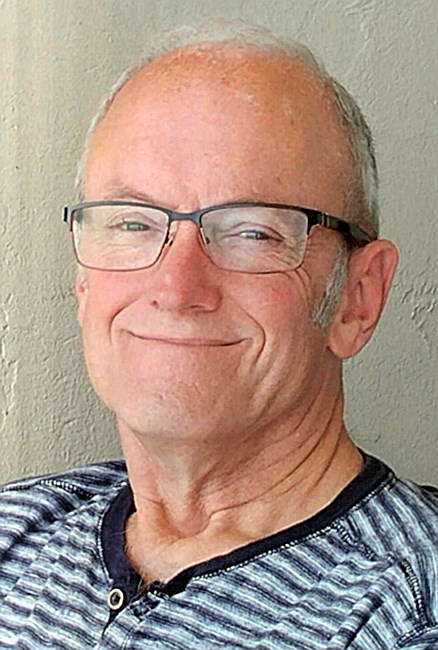 James Arnold Frosch, age 69 passed away peacefully in the arms of his wife at Brightstar Assisted Living Memory Care Northstar in Fort Wayne, IN on January 20, 2023. The last eight years of his life was a journey of living with Alzheimer’s. James was born May 8, 1953 to parents of German descent. Arnold M Frosch and Helen B Minnick. He grew up on the family farm on Hessen Cassel Rd. in Fort Wayne, IN. He loved helping his dad with the crops and especially driving the combine and tractors. Together with his dad, they plowed lots of snow near their home. In his junior year at Heritage High School he started working part time at Sears Roebuck and Company at Glenbrook Square in the automotive department as a mechanic. He graduated in 1973 and went to work full time at Sears. He retired from Sears on Oct.31, 2015 with 39 ½ years of service. His life changed in 1975 when he met Pam when their parents were camping together. They married May 22, 1976. They went on to spoil and influence sixteen nieces and nephews. Jim loved to play cards. He learned to play Euchre early in his life and would even play cards in the morning with his Grandpa and sister before going to school. For years Jim and Pam played cards regularly with forever friends, Dave and Peg Stalter and Larry and Linda Cocks. Many Saturday nights were spent card playing and sometimes the whole weekend. Jim loved to annoy Pam by cracking his knuckle on the table when playing a good card. He also had many family members he loved to sit down for a good card game. You can be sure he is playing cards in heaven with his family. Vacations were usually spent camping around the Midwest. He was a great campfire builder and learned that skill from his boy scouting. He loved driving and never turned down a good road trip. His favorite park was Yellowstone National Park as well as Arches National Park. Many times on these trips, he would stop and help a stranger change a tire on the side of the road. The last twenty years of summer were spent at Tamarack Lake. He loved being around the water. Pulling his nieces and friends on tubes around the lake was a fun enjoyment. Fishing was never fun for him but he sure tried. Lifelong friendships developed from these summers at the lake. He was an avid and loyal sports fan with Indiana University being his favorite. Jim could sit down watch and enjoy almost any sports event. He taught Pam the rules of many sports and even got her to be a NASCAR fan. Basketball was his favorite to play in his younger years as well as softball. He loved playing basketball with Jason at the YMCA. He golfed and was good at throwing his golf club in the trees. In the later years, he played horseshoes and bowled his whole life. He even played hockey for a few years. Jim lived his life with honesty and integrity and was always willing to help others. He chose to live a life of love and service. He is survived by his wife Pamela J (Sparks), sister, Marlene Zeitvogel, mother-in-law Gloria L Sparks, brother-in-laws Corey (Linda) Sparks. Joel Sparks, Tracy Sparks, Jason (Tonia) Sparks, sister- in-laws, Gina (Robert) Burns, Kelly (Allison) McMann, Amy (Tony) Campbell, Sara (Steve) Ashwood. Jim is preceded by his parents Arnold M, and Helen B Minnick, father-in-law, Donald L. Sparks, and niece Megan L. Sparks. There are no words to express how grateful and blessed we are to the staff of Brightstar the last month of Jim’s precious life. They made him and Pam as comfortable as possible and truly cared about them and their needs. Thank you to Promedica Hospice staff for touching Jim’s life with compassion, especially Chaplain Jon Mooty. Thank you to Parkview Behavioral Health Bridgeway unit, your professionalism during some very difficult situations was reassuring. Jim thanks you all in his own way.
See more See Less

In Memory Of James Arnold Frosch