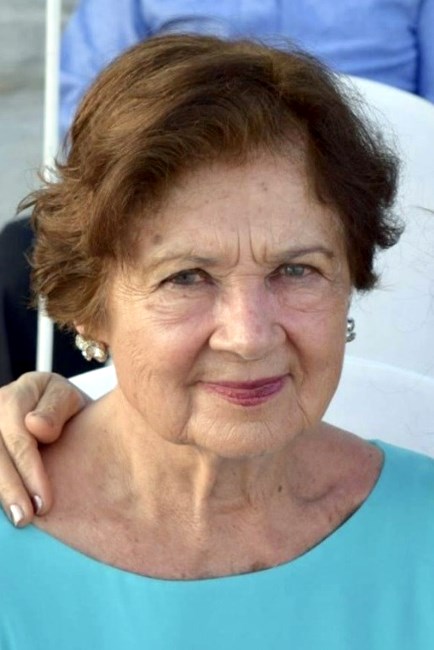 On Nov. 12, 2022, Jean Morrice Wise died at rest at Wiseover, her home in northwest Allen County, attended by family. It was the place she wanted to be, the home where her husband, Allen James Wise, spent his last living moments 40 years ago on Thanksgiving. The couple built the home, inspired by their love for American colonial architecture. Wiseover has stayed a refuge to deer, wild turkeys and other woodland creatures and the playground for a succession of collies that were always a part of the family, including Skye who remains. Jean was born in Chicago, the daughter of the late Violet Ridgway Morrice and John Pressly Morrice, and summered at her grandfather’s cottage in La Porte, Indiana with her much loved, younger brother, Jack. In the 1940s, she was chosen as the “Golden Girl” for the Purdue University marching band and was a member of the Delta Gamma sorority. She met Allen, who grew up on a farm in Greenwood, after he returned to Purdue from World War II as a non-commissioned officer. It may have been Magnavox that brought the couple to Fort Wayne, but soon Allen decided to use his talents as an engineer and started building and custom designing homes. Jean became an interior designer and owned Wise Designs on West Jefferson Boulevard for many years. She was a founder of the Fort Wayne Appraisers Guild. As a young couple with children, Jean and Allen performed in the Fort Wayne Follies. Together they were an act, singing and dancing an old Tin Pan Alley tune, “By the Sea.” The two collaborated on many homes and in 1981, their adaptation of Washington’s Headquarters in Morristown, New Jersey, was featured in Colonial Homes magazine. Allen and Jean were ardent history buffs, particularly the American colonial period, and lent their time to local endeavors like the Bicentennial Commission and the design of the Old Fort. Jean loved Fort Wayne, and always referred to Indiana as the “heartland of America.” She was a deacon and long time supporter of First Presbyterian Church, and a founding member of ARCH. She supported the Cedar Creek Wildlife Project, the Isaak Walton League, ACRES Land Trust and was a donor to Humane Fort Wayne for years. Her love of dogs, especially collies, also extended to cats and she rescued at least two of them. Black Douglas survives her and was found in the woods at Wiseover. She passed on her musical talent to her four children and to their astonishment, could sight-read complicated classical music, besides play just about anything by ear. Bagpipes thrilled her. She is survived by her daughters Jamie Wise Duffy (John) of Fort Wayne, Jupiter, Fl and Paris, France and Nancy Ridgway Wise of Fort Wayne and Washington, D.C. and her sons, John Allen Wise of Dallas, Texas and William Pressly Wise of Fort Wayne. Four grandchildren survive Jean: William Allen Van Buren Duffy (Francene) of New York, Robert Pearson Ridgway Duffy of Washington, D.C., Allen Walter Wise (Marie) of Dallas and Mary Jean Wise (Christian) of Murphy, Texas, besides two great granddaughters, Francesca and Sofia Castillero Duffy. “Farewell, my friends! farewell, my foes! My peace with these, my love with those; The bursting tears my heart declare- Farewell, the bonie banks of Ayr!” —-Robert Burns A memorial service to honor Jean's life and legacy will be held at 12 noon on Saturday, November 19, 2022, at First Presbyterian Church, 300 West Wayne Street, Fort Wayne. The family asks that any memorial donations in her honor be directed to Humane Fort Wayne (formerly Allen County SPCA).
See more See Less

In Memory Of Jean Morrice Wise