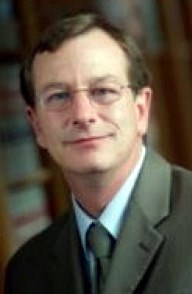 Jordan Ivan Lebamoff, 54, of Fort Wayne, passed away unexpectedly on Sunday, March 8, 2020 at Parkview Hospital. Born December 1, 1965 in Fort Wayne, he was the middle son of the late Fort Wayne Former Mayor, Ivan and Katherine “Kay” (Stephanoff) Lebamoff. He was an honors graduate and highly decorated wrestler of South Side High School class of 1984. Jordan earned his bachelor degree from the University of Southern California, having also studied at La Sorbonne & Sciences Po, both in Paris, France. He graduated and earned his Juris Doctor degree from Tulane University, with honors, along with a Certificate in European Law. He was an attorney with Lebamoff Law Offices for nearly 30 years and 4th district representative on the Fort Wayne Community School Board of Trustees since 2011. He was a member of the Allen County Bar Association and Indiana Trial Lawyers Association. Jordan was a lifelong member of St. Nicholas Eastern Orthodox Church, where he was once an altar boy, and the Macedonian Patriotic Organization (MPO) N.A. & Canada, an organization dedicated to preserving Macedonian heritage and culture, where he served as President from 2014-2018 and the Central Committee prior years. A worldwide marathon runner and licensed sailor, he also enjoyed scuba diving, having earned his master diver certification, gardening & time with his family. Jordan was an adventurous & avid traveler & a generous story teller. He is survived by his wife of 23 years, Nicole Jaubert-Lebamoff; sons, Sebastien and Julien Lebamoff; and brothers, Dr. Damian Lebamoff and family, and Justin Lebamoff. Funeral Service is 11:00 a.m. on Saturday, March 14, 2020 at St. Nicholas Eastern Orthodox Church, 3535 Crescent Avenue, Fort Wayne, with calling one hour prior. Father Andrew Jarmus officiating. Calling will also be 5:00 to 8:00 p.m. on Friday, March 13, 2020 at Advantage-Mungovan Funeral Home, 2114 S. Calhoun Street, Fort Wayne, with Eastern Orthodox Trisagion Service at 7:30 p.m. Private Graveside Services will be held by the family. Preferred memorials may be made to Fort Wayne Museum of Art Chalk Walk, funds to support children or emerging artist entrance fee, or Art This Way Alley Activation Project, both at 311 E. Main Street, Fort Wayne, IN 46802. For online condolences, please visit www.advantagemungovan.com.
See more See Less

In Memory Of Jordan Ivan Lebamoff