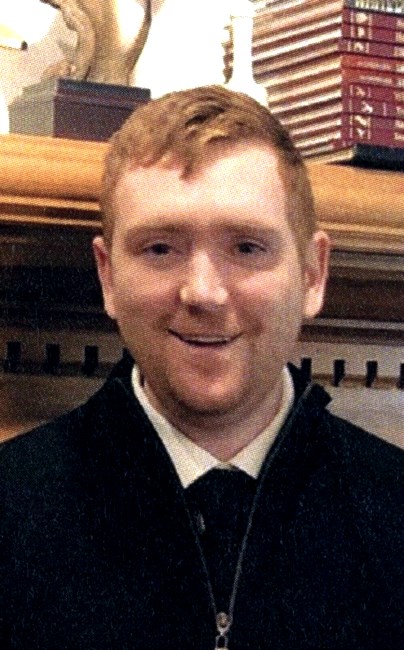 Nicholas C. Cauley was called to Heaven on Monday, May 2, 2022. He was born on August 16, 1983, in Milwaukee, Wisconsin, to Dr. James E. and Shelia A. Cauley. Nicholas attended Oshkosh Christian School, and graduated from North High School, Oshkosh, WI. He then received his bachelor's degree in Psychology from Albion College, followed by a Masters in Industrial Organization from the University of New Haven. Nicholas resided in New York City for several years and traveled the US working for a consulting firm there. He worked as a Management Consultant-Senior Business Analyst, Consultant-Change Enablement, and Human Resources Specialist. Wanting to be nearer to family, he relocated to be closer to his beloved sister and her family three years ago. While in Dublin, Ohio, Nicholas worked for Lowe's and met some wonderful co-workers. He had planned to move closer to his aging parents and beloved older brother at the end of May, 2022. Among the things Nicholas loved to do were scuba diving, rock climbing, target practicing, karate (had his black belt), downhill skiing, biking, fishing, and video games. He enjoyed spending time with his family and played with his young niece and nephews weekly. While in New York, Nicholas drove a food truck for his church to feed the homeless, and he served as a fire marshal for the church as well. He lived like he knew Jesus. His Bible was worn from use. Nicholas was a helpful and loving son to his parents, and a caring brother to his siblings—he will be sorely and greatly missed. In addition to his parents, Nicholas is survived by one brother, Peter C. Cauley; one sister, Kristin A. (Matthew) Raiche; two nephews, Logan E. and Connor T. Raiche; and one niece, Isabelle M. Raiche. He is also survived by uncles Mark Cauley, Bruce (Peggy) Underwood, and Leslie (Jeanne) Underwood. Additional survivors include his cousins, Shawn Cauley and Jessie (Junior) Sanchez and children, as well as Hannah and Rachael Underwood. Nicholas was preceded in death by grandparents, Hoil and Truda Underwood, Bill and Jenny Cauley; and uncle Robert W. Cauley. A funeral service to honor Nicholas' memory will be held at 1:30pm on Saturday, May 14, 2022, at D.O. McComb & Sons Pine Valley Funeral Home, 1320 East Dupont Road, Fort Wayne, with calling to begin at 11:30am, two hours prior to the service. He will be laid to rest in Eel River Cemetery, beside his paternal grandparents. In lieu of flowers, memorial donations in his honor may be directed to a memorial fund that will be established at a Celebration of Life and Memorial Service to be held in Oshkosh, Wi, in the very near future.
See more See Less

In Memory Of Nicholas C. Cauley