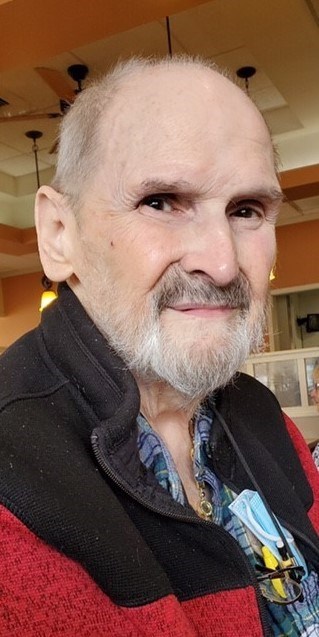 Robert Warner Beall, 81, passed away January 16, 2023, at Heritage Park in Fort Wayne, IN. He was born October 1, 1941, in Beech Grove, IN, the son of the late Robert Newton Beall and the late Vyda Cecil (Clarkson) Beall. He is survived by his wife, Ruth Beall of Fort Wayne, IN; daughter, Kelly Beall of Fort Wayne, IN; his first-wife Susie Harlow Beall Bartlow, and daughter Shelley Ann (John) Bowlin of Lafayette, IN; 9 grandchildren and 4 great grandchildren and a niece. Robert was preceded in death by his parents and his daughter, Christy Lynn Espinosa, son L. Scott Beall and his brother, Thomas Clarkson Beall. Robert and his brother Tom grew up as world travelers, and they continued to love that life as they grew older. Their father, CPT Robert N. Beall, was a career soldier and had post-World War II assignments in Japan, the Philippines, and Austria. Robert continued life as a military family member with his wife, SFC Ruth Beall, and lived and worked in Augsburg, Germany, Berlin, Germany, and Bad Aibling, Germany. Robert graduated from George Mason High School in Virginia. He earned his Bachelor of Science degree from Indiana State Teacher’s College. He later earned his Master’s degree in History from Ball State University. Robert was a high school athletics coach and history teacher in his early years. He taught history, social studies, and computer studies at various colleges throughout his travels as a military family member, as adjunct faculty at City Colleges of Chicago and the University of Maryland in Augsburg and Berlin, Germany. Most recently he taught in Fort Wayne, at International Business College and Michiana College. He was a member of Emmanuel Lutheran Church, Sertoma Club for several years, and helped foster and transport many rescue dogs in need with Italian Greyhound Rescue Foundation (IGRF) and Whippet Rescue and Placement (WRAP). Every one of the close to 50 dogs that passed through the Beall home found their way to his lap or shoulder for comfort over the years. He truly loved the dogs. A memorial service will be held at 11am Thursday, January 26, 2023, at Emmanuel Lutheran Church, 917 W. Jefferson Blvd, Fort Wayne, IN with visitation one hour prior. At the request of the family, please wear something red if you have it. Red was Roberts’s favorite color. Memorials may be made to Emmanuel Lutheran Church or Italian Greyhound Rescue Foundation. Arrangements by D.O. McComb and Sons Lakeside Park Funeral Home, 1140 Lake Ave. To sign the online guestbook, go to www.mccombandsons.com
See more See Less

In Memory Of Robert Warner Beall