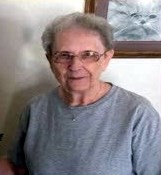 Betty Jo Terrell Curry, 89, of Burleson TX, unexpectedly passed away at her home on August 4th, 2022. Betty Curry was born on May 24th,1933 to Clyde & Veda Terrell in New Boston, Tx & moved to Lubbock Tx shortly after she started school where she grew up. After Betty graduated from Lubbock High school in 1951, she pursued a business degree at Draughons Business College. After graduation, she worked for an attorney & then went on to work at Buckner Baptist Children's Home in Lubbock where she retired after 22 years. In 1954, she married the love of her life, CD Curry & shortly after became a mother of three girls, Kathy, Carol & Cindy. In 1999 Betty & CD moved to Burleson, TX and built a new home where they continued living with their cats. Betty absolutely loved her Cats. They meant the world to her. She always referred to them as her sweet babies!! The three that survived her were Toy, Little Girl & Little Boy. She was an amazing cook & made the best biscuit gravy and chocolate pie ever. She was known as Mother and Mema to the ones that loved her most & could make you feel better just by hearing her voice. Betty was predeceased by her parents, Clyde & Veda Terrell, her brother Bobby Terrell, her oldest daughter Kathy Lynn Dearing, & her favorite "Auntie" Vivian Stuckey. She is survived by many loving family members including her sister, Judy Dewbre, her daughters, Carol Doss & Cindy Davis, five grandchildren, Cassi Willis, Kendra Way, Jeffrey Doss, Kristy Dearing & Mandy Howard as well as 11 great grandchildren.
See more See Less

In Memory Of Betty J. Curry