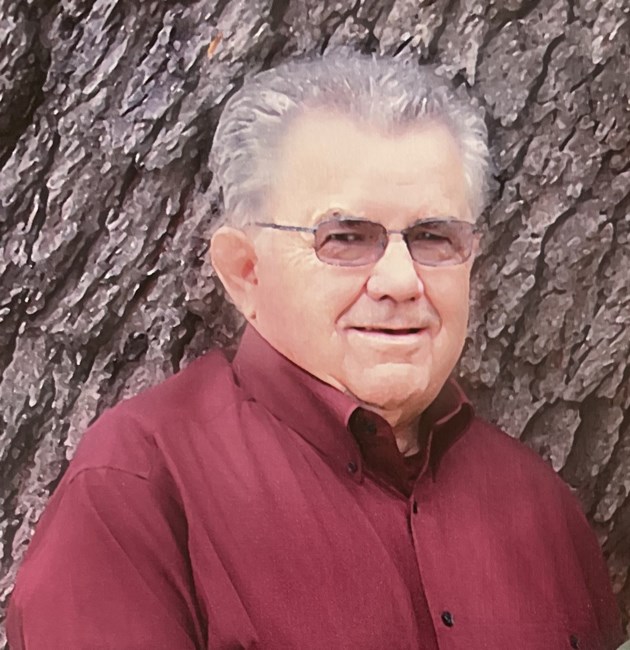 Bobbie Harold Davis, age 89, of Fort Worth, Texas passed away on Wednesday, January 18, 2023. Bobbie Harold Davis was born August 29, 1933 in O’Donnell, TX to Haskell & Bessie Mae Davis and passed peacefully from this life on January 18, 2023 at his home in Fort Worth, TX with his family by his side. He was a devoted husband for 68 years, father of four children, grandfather of 8 and great grandfather of 4. Bob grew up in the TX panhandle and eastern New Mexico on various large cattle ranches. He was a quintessential cowboy/cattle rancher. He enjoyed the ranch life and he loved country & western music. After meeting in elementary school, Bob married Myrl Chenault in 1954 in Dora, NM. Bob served in the U.S Army for two years stationed in Panama. Upon his honorable discharge and return in 1956, Bob and Myrl spent a number of years working on several ranches in eastern New Mexico finally making their home in Clovis, NM where they lived until 2012. While there, Bob served as an engineer/firefighter for the Clovis Fire Department for 30 years retiring in 1990. On his off shifts from the fire department, Bob installed carpet for more than 30 years. During their time in Clovis, serving the Lord’s church was an important part of their life. They were dedicated and active members of the 16th & Pile Church of Christ and then the 21st Street Church of Christ in Clovis and also Gateway Church of Christ in Ruidoso, NM. Bob served as a deacon for 16 years at 16th & Pile. After full retirement, they moved to Fort Worth, TX to be near their family and became active members of Southside Church of Christ in Fort Worth. He actively served in Southside’s Food Pantry until his health prevented him from doing so just a few years ago. Bob is survived by his wife, Myrl; sons Steve (Lori) of Burleson, TX , Brent (Jayma) of Fort Worth, TX, Curtis (Melody) of San Antonio, TX and daughter Jill (Faron) of Allendale, NJ. Also surviving is his only sister Judy Ankeman (Paul) of Oklahoma City, OK. He had 8 grandchildren: Ashley (Murad), Luke (Molly), Claire (Zack), Thomas, Mark, Faith, Matthew and Joshua. He had 4 great grandchildren: Miette, Alister, Genevieve, and Merritt. He truly loved and enjoyed his grandchildren and great grandkids with them affectionately calling him “Grandpa Bob”. Bob had a joyous and lighthearted approach to life. His humor brought fun and laughter to everyone he came in contact with. He will be greatly missed by his family and friends.
See more See Less

In Memory Of Bobbie Harold Davis