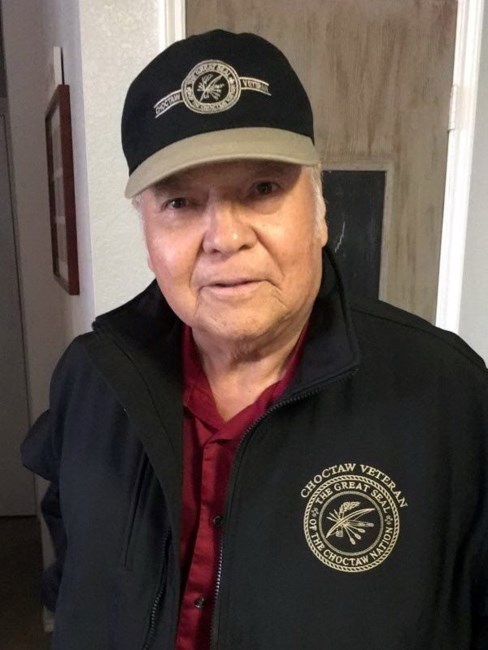 Calvin D. Draper left us on January 18, 2022. Cal was born September 6, 1942 in the Choctaw Indian Hospital in Talihina, Oklahoma. Raised by Grandmother Sophia Nelson during his formative years on the Choctaw reservation, she preceded him in death as did his mother Ola Maye Draper (née Billy) and Ed Draper. Cal was also preceded in death by one of his grandsons, Jacob Draper. Cal was a US Army veteran proudly serving his country from 1961 to 1964. While in the Army he married Gail Draper (née Potts) on August 17, 1963. They had two children, Lyle and Stacey, before relocating to Fort Worth, TX in 1966 where they had two more children, Lance and Stephanie. In 1976—with $17 in his pocket—he started what would become a White Settlement icon: Cal’s Top Shop, Inc. He first rented a stall from a friend before buying a building at the corner of White Settlement Rd. and Grants Ln. He expanded in 1980 to a larger building at 645 N. Cherry Ln. where he remained for 42 years. Cal retired in 2018 and left his business to his daughter Stacey. Cal was active at the White Settlement Masonic Lodge and River Oaks Masonic Lodge for most of his life. Cal is survived by his lovely wife of 58 years Gail, four children Lyle, Stacey, Lance (wife Tiffany), and Stephanie (husband Jeremy), grandsons Dal, Zakary, Malachi, and Austyn, granddaughters Kurstin, Emerie, and Baylee, and five great grandchildren Braylen, Braxton, Shylin, Zayden and Ava. He is also survived by two brothers, Leonard of Wilburton, OK and Billy of Casa, AK.
See more See Less