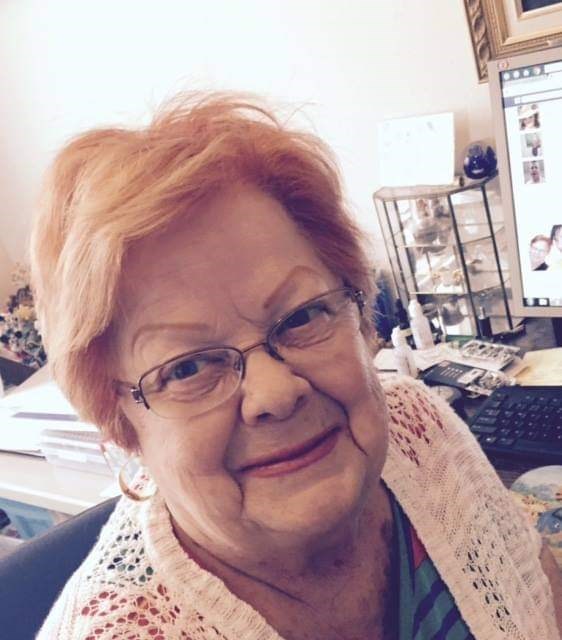 Carolyn June Brown, 82, passed away on Saturday, September 17, 2022 at her home in North Richland Hills, Texas, holding the hands of her husband and eldest daughter, surrounded by love. Carolyn was born in Paluxy, Texas on August 11, 1940 to Joe Little Dotson and Dessie Ina Dotson. She attended Stephenville High School and at the age of 16, was crowned Miss Stephenville. In the fall of 1956, she moved to live with her eldest sister and brother-in-law in Waco, Texas. The following year, on Easter Sunday morning at church, they introduced her to a pair of blue eyes that would forever change her world for the better. It was love at first sight, and she and G.C. Brown, Jr. were married four years later on June 2, 1961 at the Grace Temple Baptist Church in Waco, Texas. For the sixty-five years they were together, she and G.C. consistently held true to their vows - love and protect, serve and honor, respect and obey. They raised two children, then adopted their son’s daughter and raised her. Carolyn was active as the church hostess, volunteered at the hospital, and was ever present for every recital, game, or performance, cheering and encouraging all three children. Her pecan pies had no rival, she could take a blade of grass and grow a tree, and had the gift of taking random ingredients from the cupboard and turning them into a delicious, home-cooked meal with a not-so-secret ingredient: love. Carolyn is survived by her husband of 61 years, G.C. Brown, Jr.; son J Brown of Irving; daughter JaneAnn Morrison and son-in-love Ryan Fegan of Richland Hills; daughter Stormie Brown of Wichita, Kansas; and grandchildren Jacob and Julia Morrison. She is predeceased by both of her loving parents. Fond memories and expressions of sympathy may be shared at www.shannonrufesnow.com for the Brown family.
See more See Less

In Memory Of Carolyn June Brown